10 facts about Barcelona that everyone should know 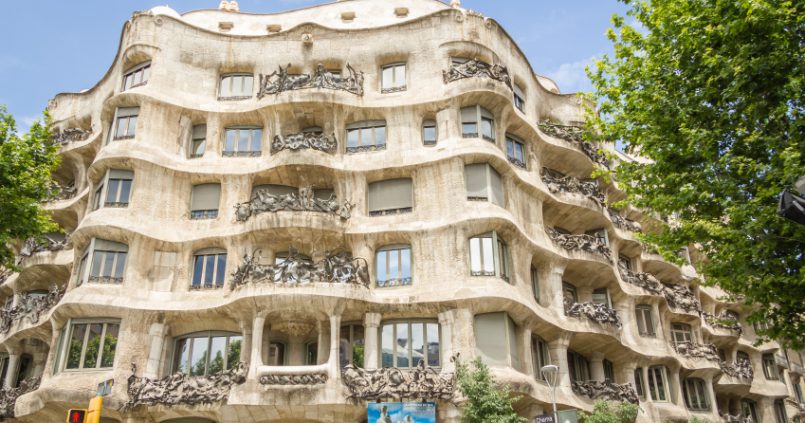 10 facts about Barcelona that everyone should know

You have booked your Barcelona holiday apartment and your flight. You have dug-out your passport from the bottom of the sock drawer and set-aside some money to change into Euro at the Bureau de Change. But what do you actually know about Barcelona? Well here are ten facts about Barcelona that everyone should know:

1. Barcelona is the capital of the Catalonia region and is the second largest city in Spain. With a population of close to 5 million people within the city and its wider metropolitan area it is the largest metropolis on the Mediterranean coastline.

2. Despite its size Barcelona is very pedestrian orientated with large sections of the city developed exclusively for pedestrian use. One estimate puts the total pedestrianised area in the city at a huge 130 hectares. Great news as the roads are often very congested.

3. Barcelona has two official languages Spanish and Catalan. Catalan remains the dominant language but visitors will get by fine with Spanish and workers in the tourist sector can usually speak English.

4. The Port of Barcelona has been of huge importance for most of its 2000-year history. It is one of Europe’s largest container ports and is both the largest port in Catalonia and the largest on the Mediterranean coastline.

5. Barcelona is renowned for its beautiful beaches 24 of which were awarded Blue Flag status in 2013. Barcelona beaches regularly top lists of the world’s best city beaches which isn’t surprising when you realise that a team of 200 workers clean them daily.

7. The famous Catalan architect Antoni Gaudi left a unique architectural legacy in Barcelona. His distinctive and highly individualised buildings are considered so important that no fewer than 7 of them were placed on the UNESCO World Heritage list.

8. Perhaps the most famous of Antoni Gaudi’s architectural creations is the awesome Sagrada Familia. Construction of this huge cathedral started in 1882 and shockingly it is not expected to be completed before 2041 – which will be nearly 160 years after construction started and 115 years after the architect’s death.

9. Barcelona’s famous 1.2 kilometre long Las Ramblas boulevard is actually made-up of five different streets. It is estimated that 150000 people go to Las Ramblas every day to shop to eat to watch the street entertainers and to track down the famous Joan Miró mosaic.

10. And finally an interesting fact about Barcelona for the football aficionados. FC Barcelona is without doubt one of the world’s top football clubs and their Camp Nou stadium is a very worthy home for the club. With a capacity of nearly 100000 people it is Europe’s largest football stadium with nearly 10000 more seats than its nearest European rival at Wembley in London.