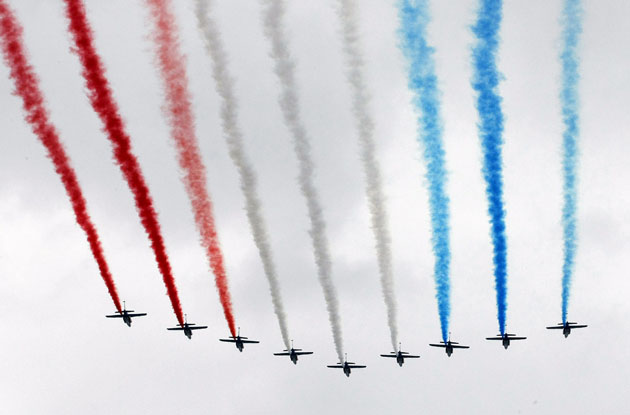 Every July 14th, Paris dresses up in all its finery to celebrate the French National Holiday. It comprises a day with a jam-packed programme of activities to commemorate the Storming of the Bastille which, in 1789, following a bloody shoot-out, was assaulted by the revolutionary Parisians, marking the beginning of the French Revolution.

The storming of the fortress was a more symbolic than strategic act, as it represented the uprising of the city against tyranny and the downfall of the Absolute Monarchy. In 1790, they celebrated the first anniversary of the uprising, in the so called “Fête de la Fédération”, the origin of the celebrations held today. In 1880, it was officially declared the French National Holiday.

The 14th of July is a huge event in France, however no other place celebrates like Paris. If you like learning about customs and traditions then this is the perfect time to visit the city and celebrate with the Parisians on a day featuring lots of concerts, dances and spectacular firework displays in the French capital.

The celebrations start the day before with dancing on the Place de la Bastille square, and the traditional Firemans’ Gala, a fun and typical party taking place in the local fire stations.

In the morning on the 14th of July, the French president arrives accompanied by the sounds of clarinets, drums and trumpets marking the beginning of the traditional military parade on the beautiful Champs Elysées Avenue. Fans of weapon, tanks and military demonstrations will enjoy watching the French army elite march whilst the French and tourists to the city who have gathered to watch the event, look on.

However, the most spectacular part of the celebrations of the the 14th of July in Paris takes place when night falls. In the Champs de Mars gardens, next to the Eiffel Tower, an impressive music, light and firework show is organised. The real fun starts after on the streets of Paris, with public concerts, dances and parties in bars and clubs taking place until the early hours of the morning.