A short history of Venice’s Carnival 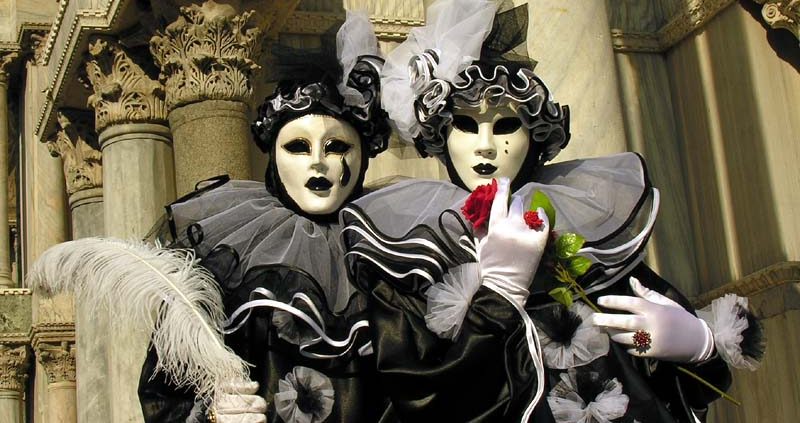 Carnival in Venice, romantic, elegant and timeless it is the pride of the City of Canals an event which must be experienced at least once in a lifetime. It is also considered to be the oldest carnival in the world.

The origins of the Venice Carnival can be traced back to the 11th Century although it is difficult to define exactly when since the sources often contradict one another, the first written history in which the Venice Carnival first appears as a public celebration dates back to 1296.

Since its inception, carnival has allowed Venetians of all social classes to mix with one another and enjoy a freedom which clashed with the rigid morals that regulated daily life throughout the rest of the year. Towards the end of the Middle Ages the use of the Venetian masks that we see today became common place and the Venice Carnival as we know it today was born.

Hidden behind costumes, masks and capes, noble Venetians could safely walk through the poorest parts of the city whilst the lower classes could interrupt meetings of the aristocracy and even mock the authorities without fear of reprisals.

With the pass of time such a scale of debauchery was reached that a law was introduced in 1458 prohibiting the entrance of men dressed as women into the cities convents. Many laws were introduced to try and curb the use of masks, punishing those who infringed these laws with up to two years jail…

The following centuries were the golden years of history of the Venice Carnival, when Royals and Aristocrats from all over Europe travelled to the Italian city to enjoy and participate in the event. At its height during the 18th Century the celebrations lasted a staggering five months, beginning the first Sunday of October and continuing uninterrupted until the Tuesday before Lent.

The Venetian Carnival was interrupted in 1797, when Napoleonic troops occupied the city of Venice. For the fist time in history, Venice’s Carnival was prohibited due to a fear that conspiracies could be born by those using the anonymity of the costumes to formulate plans to overthrow Napoleon’s troops. This prohibition marked the beginning of the decline of the Carnival.

It wasn’t until 1979, thanks to the work and initiative of Venetian residents, that the Venice Carnival was officially celebrated. Today it is an impressive event, full of magic and style, which attracts thousands of visitors each year.