A Tour of Cold War Berlin 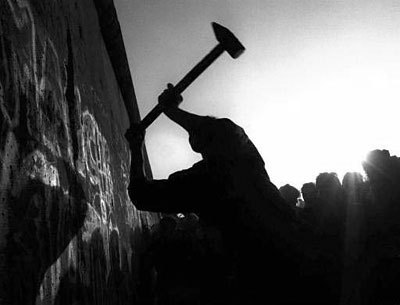 A Short History of the Berlin Wall

Few cities have had such a convulsive history as Berlin during the 20th century. It was in the firing line of two World Wars and after the fall of the Nazis it became one of the most conflictive zones of the Cold War.

The 13th of August, 1961, Berlin was split by 45km of wall which crossed the city like a scar. Families and friends were separated as two political systems competed amongst themselves. East Germany, was under Soviet control and West Germany, under the control of the United States, France and England.

The four metre high wall, complete with guard towers and permanent military patrols, was the result of the Soviet Isolationist policy. Although it was officially known as the “Anti-Fascist Protection Rampart” it wasn’t long before it became known as the “Wall of Shame”. The total length of the wall was 120km and was progressively reinforced with the passing of the years.

It is estimated that more than 200 people died trying to cross the wall and around 75,000 were arrested. Approximately 40,000 people were able to escape successfully, often through tunnels dug by the West Germans.

It wasn’t until 28 years later, on the 9th of November 1989, the East German authorities opened the border gates allowing people to move freely between the divided Berlin. That very same night, thousands of people took to the streets and started tearing down the wall with picks and hammers. Berliners from one side and the other hugged each other amongst the euphoria and many bars close to the wall gave out free beer to celebrate.

A Tour of the Berlin of the Wall and Cold War

Although the Berlin Wall no longer divides the German capital, it remains in the collective memory, in the architectural differences of the city and a number of installations and monuments all of which invite you to discover Cold War Berlin. If you are interested in taking a small tour of the Berlin of this age here are a few of the most interesting sights.