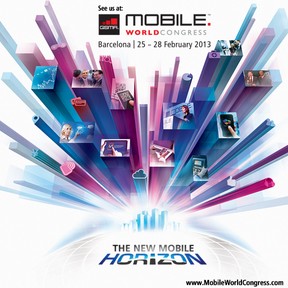 From the 25-28 of February 2013 the Mobile World Congress will take place in Barcelona, it is the most important new mobile phone technologies and wireless communication trade fair in the world.

Since its creation in 2006, the Mobile World Congress attracts telephone manufacturers, mobile phone service providers, content distributors and the leading professionals in the sector, all with one objective in mind: study the latest developments, tendencies and advances in the mobile telephone industry. Due to the record number of participants, more than 67 000 from 205 different countries, at the MWC 2012 the organisers have been forced to move this year’s congress to Fira Gran Via de L’Hospitalet. Plaza España and Sants-Montjuïc remain the best areas to reserve accommodation for the Mobile World Congress since the new congress site is only 4km from the previous one.

At this year’s GSMA Mobile 2013 there will be more than 1500 exhibitors, an area dedicated exclusively to applications for mobiles (App Planet) and an area dedicated to mobile marketing (mPowered Brands). Numerous conferences will also take place as will the annual Global Mobile Awards ceremony.
Confirmed keynote speakers for this edition include: