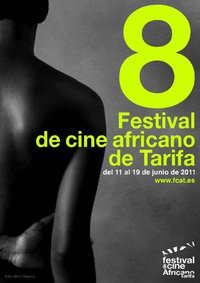 From the 11th to the 19th of June Tarifa will be hosting the African Film Festival, an initiative created to provide a platform in Spanish for African cinema in the most northern point of Europe, or Tarifa.

Selected films will be screened over the few days that the festival will be taking place under the various categories into which the event is divided. In addition, activities and related events will be running alongside the film showings such as “África es Cine” or “Africa is Cinema”, which has been organised so that festival-goers can discover African artistic creativity through specialised media information in Spanish with news, interviews, analyses, articles, and other information. Cinenomada, a key project organised by the Al-Tarab association who are organising the event in question, will also be running alongside the film festival, attempting to introduce African cinema in Spain. Thus, through Cinenomada, the public will have access to a wide selection of films from past editions of the festival, with subtitles in Spanish, comprising the only archives of this nature in Spain.

To see what’s on in the Tarifa African Film Festival running from the 11th to the 19th of June, click on the official festival web page because some information should be available already.

How to get to Tarifa:

Situated 104 km away from Cadiz, you can get there either by motorway or road. Click here to check out both routes by car or motorbike.

From Jerez airport: at 130 km away, click here to see all your options. Jerez airport is the only one in the region of Cadiz and is some 189 km away from Tarifa. There are national flights going from Madrid, Barcelona, Zaragoza, London and Paris.

To get there by bus, check out the local bus connections with the company Comes from Cadiz to Tarifa.

Posted in Art and Museums in Tarifa, Tarifa
Claudia