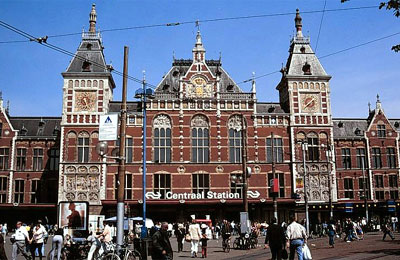 The station is famous for its architecture, and many tourists visit it in order to see the main entrance. The station doesn’t just have train platforms: tram and metro lines also depart from the station. From the back of the station, you can enjoy a beautiful view over the Ij-lake. If you are in Amsterdam and fancy doing some sightseeing, don’t forget to stop by the Central Station, it won’t fail to impress.