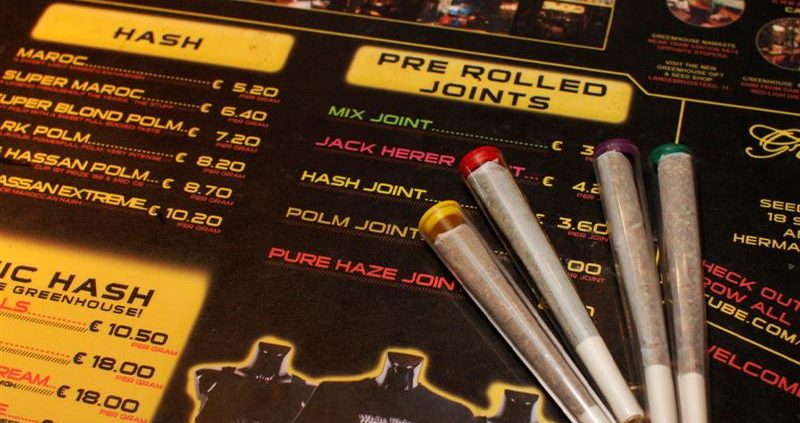 In the 1970s the forward thinking Dutch government made a very clear distinction between hard and soft drugs. This has led to a tolerance of marijuana and other soft drugs. This doesn’t make them legal though. Possession of more than 5 grams of marijuana is illegal as is growing marijuana and smoking in public places. The only place you are allowed to smoke marijuana in Amsterdam is in a coffee shop. But should you visit one?

Whether you visit or not is entirely your choice but if are curious about smoking marijuana then a coffee shop in Amsterdam would be a good place to do it. All coffee shops have an extensive menu offering different varieties and strengths of marijuana and the staff as you would expect are very knowledgeable about the product they sell.

If it is going to be your first time smoking marijuana tell the staff and they will recommend a strain which won’t get you too stoned. Don’t like smoking but still want to try some, no problem. You can get a slice of space cake or even order a chocolate hash shake. But whatever you do, don’t eat a second piece if you don’t start feeling the effects right away. You usually start feeling the effects two hours after eating so scoffing down another piece of cake before this will probably send you over the edge.

Here are a few of Amsterdam’s Best Coffee Shops

Hunter’s Café- Close to the Red Light District, Hunter’s open since 1985 has a good selection of weed. Laws mean they are no longer able to serve alcohol instead have a delicious range of milkshakes featuring your favourite ingredient. The decoration is modern and chic with comfortable seating if you want to sit around and stare at the ceiling for a while. Where:Warmoesstraat 24

Barney’s- Whilst it may look like an old style family pharmacy the only thing they prescribe is marijuana. In fact their marijuana has won several prizes over the years as the trophies on the wall testify to. The building is over 500 years old but you wouldn’t know it looking at the funky modern interior. After a joint you can get comfortable and watch one of the videos playing on each table. Where:Haarlemmerstraat, 102.

DampKring- Featured in the movie Ocean’s 12. This Amsterdam coffee shop has fantastic orange walls and a resident cat going by the name of Bowie. Apart from excellent coffee they also serve sublime marijuana of varying strengths and strains. The helpful staff is only too happy to help you choose the right buzz. Where:Handboogstraat, 29.

Here’s a final piece of advice for if you do venture into a coffee shop in Amsterdam. Please make sure you’ve done and seen all the things you came to see and do otherwise you might just find yourself with a serious case of couch lock (being too stoned to escape the clutches of a comfortable couch). We wouldn’t want that to happen, would we? 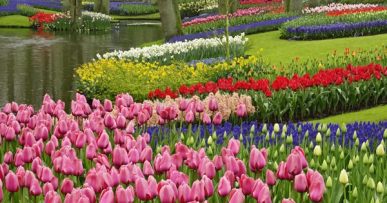