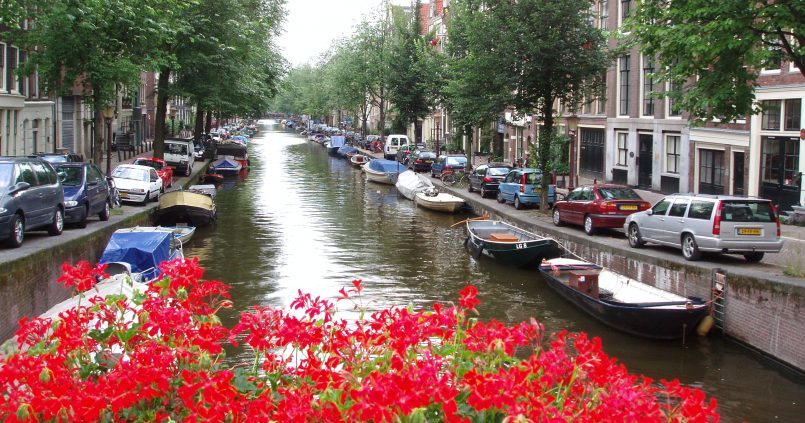 Discovering the history of Amsterdam’s Canals

Amsterdam has no less and no more than 100km of canals. The three main canals in Amsterdam are the Herengracht,Keizersgracht and Prinsengracht. However, there are other equally impressive lesser known canals, like the Brouwersgracht where we will start our tour or the Singel, which once surrounded the city and is an essential part of Amsterdam’s canal system. All along the canals and streets you will find spectacular buildings and some of the city’s most beautiful sights.

Let’s go back to 1578, when Amsterdam joined the war against Spain, deposed the Catholic government of the city and replaced it with a Protestant government. But more important than the religious aspects of the Eighty Years War were the economical benefits. Imitating the success of the Venice Bank, Amsterdam began to create a powerful market economy and growth of the city was extraordinary. Amsterdam’s canals are a direct result of this growth, they were used for managing the city’s water supply, improve transport and defence.

Wandering the streets and canals of Amsterdam, the rich social and economic growth experienced during the 17th century the so called “Dutch Golden Age”, can still be seen today. There is a lot more to see and discover about Amsterdam’s Canals.