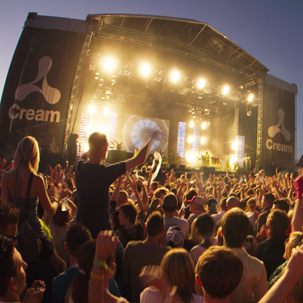 Creamfields 2011 in the Jerez race track this August

The Andalusia Creamfields Festival is not going to be held in Almeria this year, but in Jerez de la Frontera, Cadiz instead. This transfer has been made due to logistic requirements and the large number of crowds attracted to previous editions of this electronic music event, which will now be taking place on the 13th and 14th of August respectively.

To the delight of electronic music fans, the festival will now also be taking place over two days and not one, for 12 hours both days making for a fascinating event. Performances will be distributed between three different stages and hosting some of the most famous national and international groups on the music scene.

The star of the show this year is the Prodigy, however festival-goers will also be able to enjoy performances by James Holden, Alex Ander, Pal Kalkbrenner and many more. The full line up of this year’s edition has not yet been determined, thus more pleasant surprises are in store if possible to give to rise to one of the most anxiously awaited summer music festivals in Andalusia.

The Jerez race tracks have been chosen to host the Creamfield Festival this year thanks to its fabulous facilities. Plus, shuttle buses have been scheduled which will run festival-goers to Cadiz beach and the city of Jerez, located further out than the race track. The first passes for the Andalusia Creamfields Festival 2011, taking place on the 13th and 14th of August, will be put on sale for only 50 euro. So, we suggest that you be quick if you want to take advantage of this special offer because it only applies to the first 3000 tickets going.