Apartment of the week in Berlin, the Diana 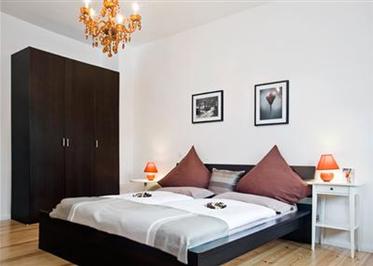 Apartment of the week, the Diana

Now that September is approaching, Berlin awaits you. The city is commemorating the 50th anniversary of the construction of the Berlin Wall, which divided the city in two for decades, marking a difficult period in the history of the city.

The Berlin Wall separated Western Germany from Eastern Germany from 1961 to 1989 and the acts commemorating its construction are an invitation to reflect upon the past. The numerous displays, exhibitions, conferences and activities that have been organised on the street and in different museums, allow you to understand what life was like on both sides of the wall during this time in Germany. This makes 2011 a special time for getting to know the city of Berlin.

On a more festive note, on the 2nd and 3rd of September you can also enjoy the Pyronale, the Fireworks World Championship that will be filling the Berlin sky with a spectacular ballet of colours and music.

So that you can get the best out of your stay, we would like to recommend an apartment in the German capital. The Diana is a comfortable and well-lit apartment that sleeps 4, perfect for two couples or a family.

The apartment is located on the second floor of this typical Berlin building. It has wooden flooring, a fully-equipped kitchen and a pleasant living room where you can relax after a long day walking around Berlin or plan your next visit to a tourist site in the city. The two bedrooms, decorated with loving care, have two large double beds and spacious wardrobes for maximum comfort during your stay.

The Diana is located beside the GoethePark and Volkspark Rehberge parks, as well as the Plötzen See Lake, so if you like being close to nature, even in the city, then this is the perfect area for enjoying outdoor activities, bike rides, refreshing swims and walks along the River Spree, etc. In addition, you will be very near to Berlin centre and the main tourist attractions such as Brandenberg Gate, Potsdamer Platz and Museum Island, where the Museum at Checkpoint Charlie containing a segment of the Berlin Wall, amongst others, can be found.

Posted in Berlin, Things to do in Berlin
Laura