Apartment of the week in Buenos Aires, Ringo III 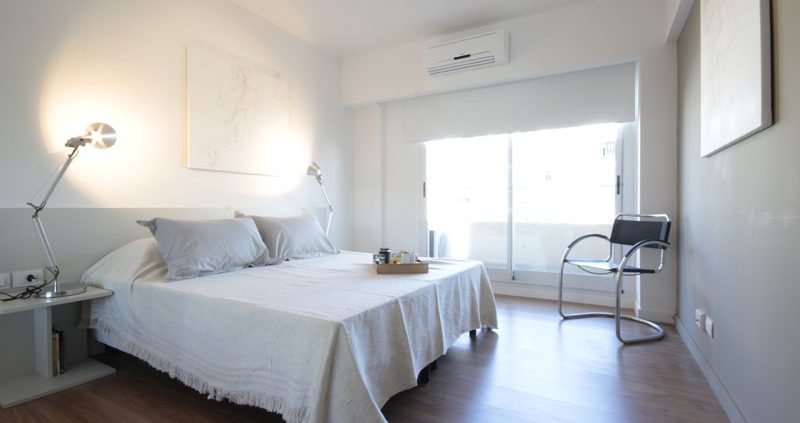 Ringo III, Apartment of the week in Buenos Aires

The name Soho should give you a bit of a clue as to what the atmosphere of the neighbourhood is. If you thought bohemian, trendy, chic and cool, you are right. Palermo Soho is absolutely full of art galleries, restaurants, bars and cafés; it is also the place where a lot of the young people of Buenos Aires want to go to spend their time and money. Palermo Soho is also a great place to go out and explore the nightlife of Buenos Aires with bar lined Plaza Serrano only minutes away. This neighbourhood is also conveniently located to some of Buenos Aires major tourist attractions so getting to them shouldn’t prove to be too difficult or time consuming. Now for the apartment. Fitting the trendy and chic neighbourhood is this equally trendy and chic apartment. Featuring a beautiful open plan living area with a fully equipped kitchen so that you can prepare a delicious Argentinean feast, but being realistic with so many restaurants close to your door why would you want to cook. The Ringo III apartment has one bedroom, WiFi, Cable TV, air conditioning and a sofa bed, meaning it can comfortably accommodate four people.

Leaving the best until last, there is a gym for those who like to stay in shape and a rooftop swimming pool and jacuzzi to sink into after a long day sight seeing and watch the sunset over the Buenos Aires skyline. Absolute bliss. So as you can see our apartment of the week, the Ringo III, is the perfect accommodation in Buenos Aires.