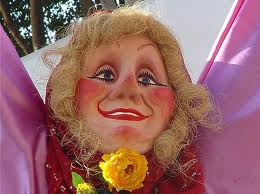 A festival celebrated for 9 days on annual basis in Bilbao. Bilbao Big Week is held from the 20th to the 28th of August and features comparsas (satirical groups of performers), txoznas (marquees), fireworks, performances and concerts. This year, visitors to the festivities will get the opportunity to see Marta Sánchez, Bebe, Danza Invisible, Loquillo and Estrella Morente sing live.

The festival kicks of with the “txupinazo” comprising the launching of a small rocket followed by an opening speech from the town crier. The centrepiece of the event comprises the area of txoznas where the comparsas formed by neighbours and cultural groups gather. The mascot of the festival and patron of the festivities of Vizcaya is the “Marijaia”, a doll with her arms raised in the air, which is burned on the last day of the celebrations.

All the cultural activities are organised by the City Hall meaning that all the events free, ensuring that everyone has access to what is on offer. This is especially important given the current financial difficulties we are facing.

All the people that gather there, the atmosphere on the streets of Bilbao throughout the 9 days of the festival, and the 300 activities organised by the City Hall and the Festival Committee, in addition to the broad range of activities on offer by other social actors, hotel owners and the Bilbao festivities in general make Aste Nagusia one of the most important festive events in Europe, and one which embodies the notion of a perfect festival which is a broad, varied, open, popular and free event.

Hundreds of thousands of locals, as well as national and international visitors attend the 9 day celebrations over which the festival runs, which are jam-packed full of activities suitable for everyone and adapted to all tastes.

An event with an astounding atmosphere, with numerous free events on offer, especially in the way of concerts. The atmosphere is without doubt one of the reasons for which Aste Nagusia receives such a positive response from tourists.

So, make sure you don’t miss out on the Bilbao Big Week celebrations!