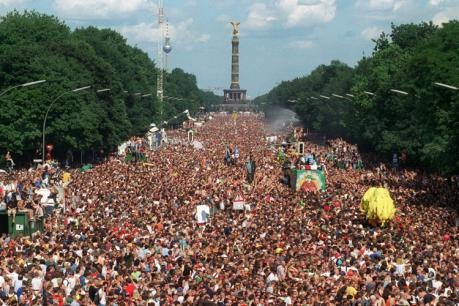 B-Parade 2012 is confirmed in Berlin

B-Parade, or “Berlin Parade” is an electronica, dance and trance music festival that is due to take place in Berlin in the summer of 2012 on the 21st July.

Does anyone remember the Love Parade festival, the German electronica event with a tragic ending? Having opened in 1989, the parade was originally a political call for peace just before the fall of the Berlin Wall. In 2010, however, this hit celebration had to be drawn to a close after the untimely deaths of 21 people, who were crushed in the crowd.

Nevertheless, the unslakable (and internationally renowned) German desire for electronica music was never to be left unsatisfied for long. Enter B-Parade, the latest offering from the gods of techno. The festival is expecting around 500,000 visitors, who will blast out house music from floats parading through the streets of the German capital. There’s no doubt that, if you’re of the dance-music inclined, B-Parade 2012 is the place to be.

As can only be expected, given the unfortunate ending of its predecessor, B-Parade 2012 is being sold by its organisers as a completely different event from Love Parade. For example, greater diversity and more multinational acts have been promised. Essentially, however, we’re unsure as to how different B-Parade and Love-Parade can really be, especially as the two are both said to be founded on the same principles: music, love, peace and (we suspect) a large portion of synthetic chemicals.

One thing has been made clear, however. In B-Parade in Berlin 2012, safety must come first. Organisers have been working closely with city authorities in order to ensure the wellbeing of participants in the festival, and we have no doubt that the lesson has been well and truly learned from the first time around. Waking up with a banging head the next day, however, is your own prerogative…

Exact details about the festival line-up are due to be released soon on B-Parade’s official website and facebook page.