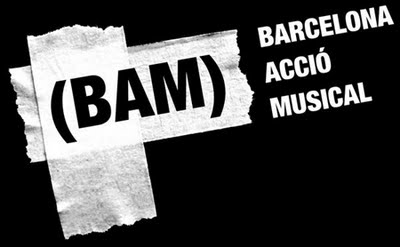 As we were announcing you, next September it will be celebrated the expected festival of La Mercè, in honour of the patron saint of Barcelona. On this occasion, every year top national and international bands take the stage and offer excellent performances in venues scattered all over the city.

This week it has been announced new confirmations that add even more quality to the line-up. The most important new performances take place in the old factory Damm, the biggest stage, such as that announced by the Scottish band Belle and Sebastian (13 years after their last participation in BAM), or the Americans Ok Go with their power pop, as well as the band from Barcelona, Els Amics de les Arts.

Other bands already confirmed are the British band The Bees, the band from Madrid Toundra who presents their second album (II) with their post-rock and metal sounds. Furthermore, a couple of bands from Barcelona are to play, such as Women and Els Surfing Sirles , who will combine their strong rock to present their show Eix Transverse.

The New Yorker band Anti-pop Constortium, with their innovative hip-hop sounds joins the line-up to provide a more experimental touch. In this sense, the line-up is completed with the initiative Safnòria xoca Brain Damage, a show co-produced by the Mercat de la Música Viva de Vic (Market of the Live Music from Vic).

All these bands are completing an amazing line-up, made up with bands such as Goldfrapp or San Leon, who are playing in the stage BAM/Mtv. On the different stages to be installed throughout the centre of the city are playing bands such as Maika Maikovski, Tulsa, Hindi Zahra, Nueva Vulcano or Nacho Umbert & Company.