Barcelona and Wagner: an unmissable event in the 2012 opera season in Liceu Opera House 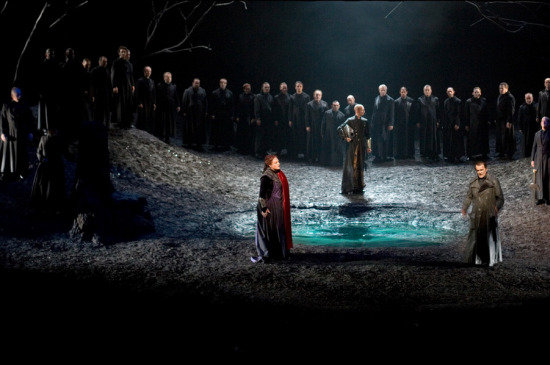 Opera lovers, and Barcelona culture vultures are in for a treat as the 2012-2013 opera season will be celebrating the bicentenary of the birth of Richard Wagner with a once in a lifetime event on the current music scene. The Liceu Opera House in Barcelona will be kicking off the September 2012 season with three operas that will be showing in the summer of 2012 in the City of Bayreuth, but thanks to an agreement between this institution and the Bayreuth Festival, will also be taking place in Barcelona although in concert format. The three operas comprise “The Flying Dutchman”, “Lohengrin” and “Tristan and Isolde”.

Very few Bayreuth production tours have taken place outside the Festspielhaus, the theatre that the composer had built to perpetuate the diffusion of his works. Although, Barcelona can boast to have hosted three Bayreuth operas in the so-called Wagner Festival in 1955 that was quite an event on the city’s cultural scene for which it got dressed up in all its finery for what was then a gala to receive these works of great prestige.

This time, the operas will be in concert format, thus the German Festival’s Orchestra will be attending, as well as the chorale, the lead vocalists, and the musical directors given that they will be bringing the scenery that is quite a cost to assume for any institution. Thus, the three concerts are tol be performed in the Liceu Opera House, and will take place outside the venue’s usual schedule.

Thanks to this agreement, this Barcelona theatre will be receiving a great international production, and the second Wagner Festival promises to be a milestone on the international music scene. So, keep your eyes open for the dates of this unrivalled festival if you would like to bear witness to a forerunning musical event.