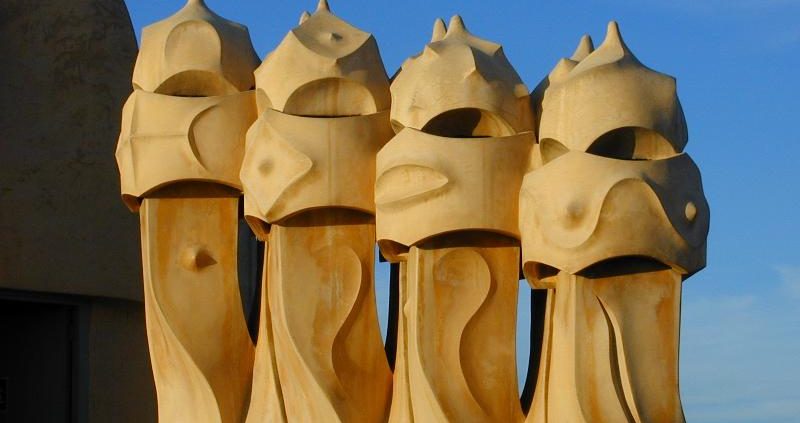 Everyone knows that Barcelona is one of the world’s most touristic cities. You only have to see the enormous quantity of tourist walking “la Rambla” at any time of year. Maybe what you don’t know are which monuments and museums are the most visited, never fear we are here to resolve this doubt.

These were Barcelona’s 10 most visited sights of last year.

1.La Sagrada Familia
Designed by Antoni Gaudí, work commenced in 1882 and is predicted to finish around 2025. It is, undoubtedly the most internationally recognisable symbol of the city, it comes as no surprise then that it occupies the number one position of Barcelona’s most visited sights.

2. L’Aquàrium
With more that 11,000 fish and 450 marine animals of different species, the Barcelona aquarium is a children’s favourite and this is reflected in the ranking of the most visited sights according to data from the Barcelona Tourist Office.

3.Barcelona FC Museum
Barcelona Football club leaves nobody feeling indifferent and thanks to their success, excellent play and footballers such as Messi, Xavi and Iniesta, it is now one iof the most respected teams in the world. Barcelona FC museum, situated in the Nou Camp, has for years been the most visited museum in Barcelona.

4.Pueblo Español (Spanish Village)
Located in Montjuic, this open air museum was built for the 1929 International Expo with the idea of combining the most representative architecture and monuments of various Spanish cities in one unique space.

5.Montjuic Castle
Perched atop Montjuic overlooking the sea this antique military fort built in the 17th Century has witnessed important historical events. The panoramic views of Barcelona from the castle are truly breath-taking which is why it has become one of the 10 most visited sights of Barcelona.

6.Barcelona Zoo
Located in Citudella Park, the Barcelona Zoo is considered one of Europe’s best and is an all time children’s favourite. In a child’s eye no monument can compete with the likes of lions, crocodiles and elephants…

7. Picasso Museum
There are various museums around the world dedicated to this unique artist. The Picasso Museum in Barcelona occupies five grand Gothic palaces in the Old City and is made up of 3,500 works. The most complete collection being made up of work done by Pablo Picasso as a youth. 8.La Pedrera
Another Modernist Gaudi masterpiece , Casa Milá or as it is better known La Pedrera, occupies a more than deserved place on Barcelona’s most visited list.

9.CosmoCaixa Converted into CosmoCaixa after its last remodelling, the Barcelona Science Museum, is popular amongst inquisitive adults and children alike. This museum also contains a reproduction of an Amazon forest and a Planetarium.

10.CaixaForum
Closing the list of Barcelona’s 10 most visited sights, this cultural centre managed by “La Caixa” Foundation, has through a wide range of exhibitions and activities become an integral part of Barcelona’s cultural life.

Are you surprised to find an attraction not on the list that should be?