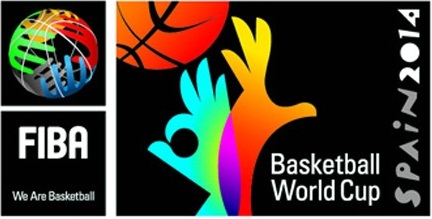 That’s right. The 24 teams who have qualified for the Basketball World Cup will be meeting on Spanish soil to see which one of them deserves to be proclaimed World Champion. Will it be the high flying team from the USA, the host nation, Spain, spurred on by a passionate home crowd who take home the trophy or Argentina, Greece or any other of the teams representing their nation?

Organisers of the 2014 Basketball World Cup have chosen four fantastic Spanish cities to host the group phase of the tournament, Granada, Seville, Bilbao and Gran Canaria. The final phase of the tournament will be played between Madrid and Barcelona and the final on Sunday the 14th of September will be played out on the court at the Palacio de los Deportes in the Spanish capital.

Fans of Brazil, Egypt, France, Iran, Serbia and Spain will need to head to the city of Granada to watch their teams in action. Apart from the basketball there are plenty of things to see and do in Granada. Topping the list is of course the Alhambra closely followed by tapas and discovering the Albayzin neighbourhood.

Seville is the destination for fans of Argentina, Croatia, Greece, Philippines, Puerto Rico and Senegal. When not enjoying the basketball fans have the opportunity to discover the Real Alcazar, Plaza España, the neighbourhood of Santa Cruz and take in a flamenco show. Don’t forget to try the tapas.

The Basque city of Bilbao is where supporters of the Dominican Republic, Finland, New Zealand, Turkey, Ukraine and USA will need to go if they want to see their team take to the court. When not enjoying the games fans can visit the Guggenheim Museum or find a nice bar in the old quarter of the city and enjoy eating Pintxos and sampling the local wine, Txakoli.

Gran Canaria off the coast of Africa hosts Angola, Australia, Korea, Lithuania, Mexico, Slovenia. Soaking up the sun on one of the many beaches and enjoying the relaxed lifestyle of the Canary Islands is the perfect antidote to the excitement of the games of the Basket Ball World Cup.

Madrid and Barcelona will host the final phases of the competition but fans won’t know until the conclusion of the group stage whether their team has booked a place in the final 16. This year basketball fans the world over have no reason to fear the dreaded off-season instead they will be able to keep up with all the action of the Basketball World Cup in Spain.