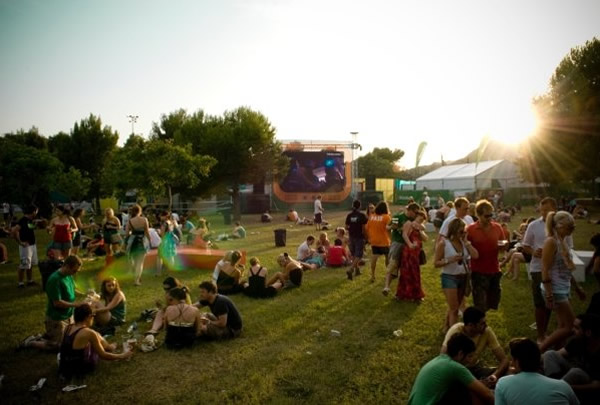 The Festival International de Benicàssim 2012 (also known as ‘FIB 2012’ or simply ‘Benicàssim 2012’ is once again taking place between the dates of the 12th and 15th of July. Sure to be as full of national and international party-goers as ever, this rock/indie/electropop music festival has gone from big to bigger each year.

Looking at the Benicàssim 2012 line-up, the festival’s success can’t come as much of a surprise. From Bob Dylan to Dizzee Rascal, the FIB programme reads like a list of ideal dinner party guests. On the Thursday, Florence & the Machine will be competing with Bat for Lashes for the title of soulful and dreamy indie pop princess. Friday sees London dub sensation Chase and Status griming up the same stage as Bob Dylan, whereas on Saturday festivalees can choose between classic headlining Mancunian act the Stone Roses and rip-roaring fun Dizzee Rascal. Even Sunday, normally the quietest day in festival land, features Little Boots, New Order and David Guetta. Our top tip for the festival? Make sure you catch local indie act The New Raemon as well as all the top international names.

The key of Benicàssim’s success is in its ability to stay on the pulse of what’s fashionable without being so over-exaggeratedly avant-garde that it loses its followers. Mainstream? Yes, we’d definitely say so, and the crowds of identikit festival-goers would do nothing to change our minds. Benicàssim, however, is mainstream done well, and although some of the bands nearer the bottom of the list will find themselves consigned to the “I used to be famous” dustbin after a few years, a lot the music on show is genuinely good quality. If you’re after a more traditional cultural experience as well as participating in modern-world antics, holiday in Valencia, Madrid or Barcelona on either side of the festival might also be a good idea. Although Benicàssim is often sold alongside Sonar as a Barcelona festival (2 ½ hours away), in reality it’s actually closer to Valencia (1 hour away). Official transport is organised by the festival, or you can organise your own train journey. Buses from Madrid are also a good option if you’re leaving from the Spanish capital.