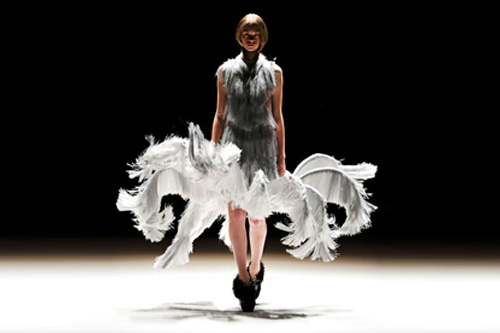 Although the Berlin Fashion Week is often considered to be second best when compared to Paris, London, New York and Rome, the event gets bigger and better every year. Having seen the programme for the Berlin Fashion Week 2012, it’s clear that the German capital is strutting its stuff to the top (and throwing a few poses along the way).

As is fitting for the grimy, urban cool of the city, the Berlin Fashion Week 2012 seems to have placed a strong emphasis on street wear this year, with several trade fairs which include the internationally-renowned Bread & Butter. The Fashion Week in Berlin will also be looking to the future in more ways than one with eco-fashion shows such as the Green Showroom and Ethical Fashion Show.

From shows, exhibitions, parties, side events and showrooms, there’ll be more activities on offer than there are jewels in a fashionista’s wardrobe. A few that attracted our magpie-like attention included the luxurious “Fashioning fashion: European Dress in Detail, 1700-1915” from the German Historical Museum, as well as the cut-price “Projekt Galerie”. With so many events to choose from, your best option is to make a detailed study of the official guide before you go, so as not to miss out. Where: various venues in Berlin. When: July 3rd to 8th. How much: some shows are free; others paid. Not all shows are open to the public: more details available on the official site.