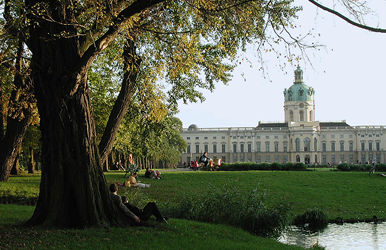 What to see in Berlin

Berlin is one of the most interesting capital cities in Europe. Cosmopolitan, modern, creative and with a large history to its name, the German capital these days is one of the motors of European politics. There are so many things to see in Berlin that we could keep writing forever: in this guide we’ve only chosen the most important things to see in this city full of contrasts.

Brandenburger Tor (The Brandenburg Gate) – Probably the most emblematic monument of Berlin. It was constructed at the end of the 18th century and is crowned by a bronze sculpture of the goddess Victoria on top of a chariot. The Brandenburg Gate has been a witness to many important historic events and has ended up becoming a symbol of German unity. Where: Pariser Platz.

Potsdamer Platz – Another of the tourist highlights of Berlin. Potsdamer Platz represents one of the most modern sides of the city, with some surprising buildings, such as the Sony Center. It’s an important commercial zone in which you can find many restaurants and where you can see the first traffic light in Europe. The Berlinale is also celebrated here.

Reichstag (Parliament) – The seat of the German parliament was constructed in the 19th Century, but suffered great damage during the Second World War. During its restoration, an impressive glass dome was added to the top, designed by Norman Foster, which you can go up in order to enjoy beautiful views of the city. Where: Platz der Republik, 1. When: the dome and the terrace can be visited any day from 7am to 11pm. How much: free. It’s necessary to book in advance, which you can do here.

East Side Gallery – This is the largest part conserved of the Berlin wall. It measures 1.3 km and is decorated with more than a hundred paintings realised by artists from all over the world. These works of art allude to life in Berlin before the fall of the wall in 1989 and reflect the political changes of the era. The East Side Gallery is also the largest open-air gallery in the world. Where: Mühlenstraße 1. How much: free.

Museuminsel (Museum Island) – This city-centre island, which is surrounded by the waters of the Spree, contains on of the most important collection of museums in the world. The Pergamon Museum, which contains jewels of classical archaeology such as the altar of Zeus, and the impressive Gates of Babylon are particularly worth a look.

Schloss Charlottenburg (Charlottenburg Palace) – A beautiful baroque palace, constructed during the 17th – 18th centuries, with majestic rooms. It’s surrounded by some pretty gardens, perfect for having a stroll, and contains a fantastic art collection. Where: Spandauer Damm 10-22. When and how much: the old palace is open from Tuesday to Sunday and entry fee is 10€. The new wing will be open from Wednesday to Monday and entrance costs 6€.

Other things you should definitely do in Berlin are: see Checkpoint Charlie, try some typical German food, go up the Berliner Frensehturm (the famous television tower), visit the Holocaust Memorial or take a stroll through some of its parks and gardens.