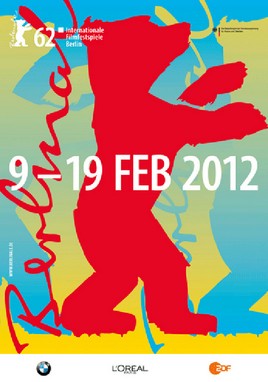 62nd edition of the Berlinale, the prestigious film festival in Berlin

The Berlinale 2012, the Berlin International Film Festival is on the verge of filling the cold Berlin winter with glamour, celebrities, parties and art. The 62nd edition of the prestigious film festival will take place from the 9th to the 19th of February 2012 in the German capital.

Berlin is a very fascinating place thanks to its flourishing art and culture, and the Berlinale is, without doubt, the most important cultural event in the city. It is a very popular event as there is always a varied programme on offer in terms of genre and style. Around 400 films are screened in Berlin every year. The various sections include independent cinema, more mainstream films, films for young audiences, emerging German artists, avant-garde and experimental contributions, short films and retrospectives.

The centrepiece of the Berlinale is, however, the competition section which has been setting trends and discovering new film talent for more than 60 years. Those films that have made it to the final this year include the psychological thriller “Dictation” by Antonio Chavarrías, el terrorist drama “Captive” by Brillante Mendoza and “Keburn Binatang” by Edwin. Other films to be screened during the festival include “Extremely Loud and Incredibly Close” starring Tom Hanks and Sandra Bullock and “Jin líng Shí San Chai”, the new film by Chinese director Zhang Yimou.

The honorary Golden Bear of the Berlinale 2012 will be awarded to American actress Meryl Streep. The award will be presented during the screening of the film “The Iron Lady” in which the actress portrays Great Britain’s former Prime Minister Margaret Thatcher. In addition, they will be paying tribute to her extensive career by showing five of her most successful films including “Out of Africa” (1985), and “The Bridges of Madison County” (1995).

Finally, this edition of the Berlinale will be reviewing 100 years of history of the legendary Babelsberg studio, located in Potsdam. It comprises the oldest large-scale studio complex in the world and has written a good part of film history. A pioneer during the 20s, and later instrument of Nazi propaganda and the Communist regime, Babeklberg Studio has had a shaky century during which it has produced hundreds of films. The retrospective “Happy Birthday, Studio Babelsberg” will be presented in tribute to the Studio which will include screenings of ten of the most famous films recorded on their set such as “The Last Laugh” by F.W. Murnau, “The Blue Angel” with Marlene Dietrich, “The Pianist” by Roman Polanski and “The Reader” starring Kate Winslet.

With a large selection of films, participants from more than 115 countries and more than 400,000 spectators, Berlin will be whipping out the red carpet to receive celebrities from across the world and become the big screen of European and international cinema for a few exciting days. Make sure you don’t miss out on the Berlinale 2012!