Berlinale 2013, cinema and glamour in Berlin 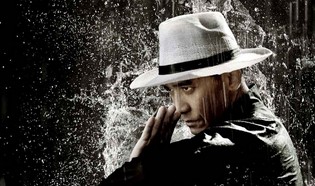 The Berlin International Film Festival better known as as Berlinale takes place this year from 7-17 February 2013. So fans of the seventh art can start reserving these dates to prepare an escape to Berlin.

During the 63rd edition of Berlinale, more than 400 films from as many different countries will be screened ranging from typical big budget Hollywood productions with international stars to independent and experimental films. Although the list of films will not be completed until the beginning February, we can give a few tips about what to expect… Opening the Berlianle festival but screening out of competition will be Chinese director and President of this year’s jury Wong Kar Wai’s epic “The Grandmaster” inspired by Ip Man mentor to Bruce Lee and set in 1930’s China.

The retrospective titled “The Weimar Touch” will be dedicated to the influence films made during the Weimar Republic (1919-1933) had on international filmmaking after 1933. Considered to be the Golden Age of German cinema it will feature works from directors such as Friedrich Wilhelm Murnau, Fritz Lang and Ernst Lubitsch.

This years Honorary Golden Bear will be for the French documentary filmmaker Claude Lanzmann in honour of lifetime achievements. All of his work will be shown during the festival, including a restored version of his best known work to date “Shoah”, a nine and a half hour documentary about the holocaust.

Shall we walk the red carpet in Berlin?