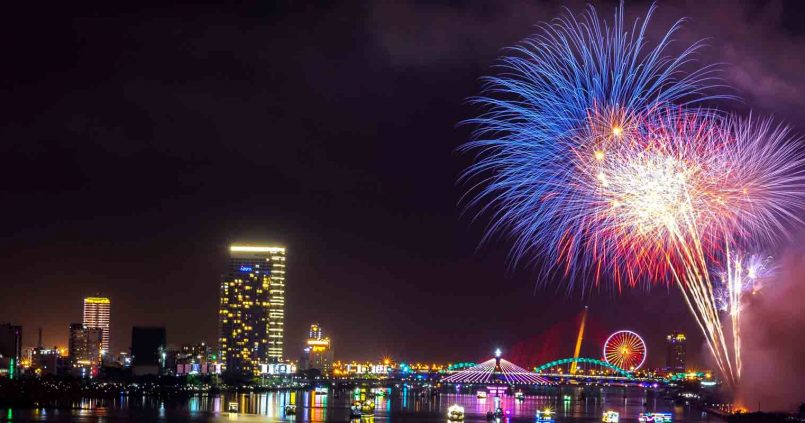 Thinking about how to spend New Year’s Eve? If you like travelling as much as we do, don’t let this golden opportunity for a getaway slip by and see in 2020 in a new city. Here are some great best plans for New Year’s eve. Just decide who you want to go with, pick your destination and look forward to a very special 31 December.

How about partying big time? The Spanish capital has all the ingredients for a spectacular New Year’s Eve that will have you dancing till dawn. The most traditional part of New Year’s Eve in Madrid is eating twelve grapes to the twelve chimes at midnight in Puerta del Sol. People who stay home follow this tradition on their TV all over Spain. Why not experience it for yourself firsthand by booking one of our apartments in Madrid? Just remember to make a wish when you’ve eaten all your grapes! Or even make one for each grape if you can manage to concentrate!

Right after the midnight chimes ringing in 2020, there’ll be a fabulous firework display. Then all you have to do is lose yourself in the city nightlife until the sun comes up. And what better way to finish off your night on the town than with a lovely chocolate con churros for breakfast…

If you’re a football fan or travelling with kids, you can also celebrate New Year’s Eve at the Real Café Bernabéu, in Real Madrid’s stadium, where they throw a party with a DJ, party favours, open bar and children’s menu. There is also a team of carers who organise games and look after kids so everyone can enjoy themselves. More information and bookings here. 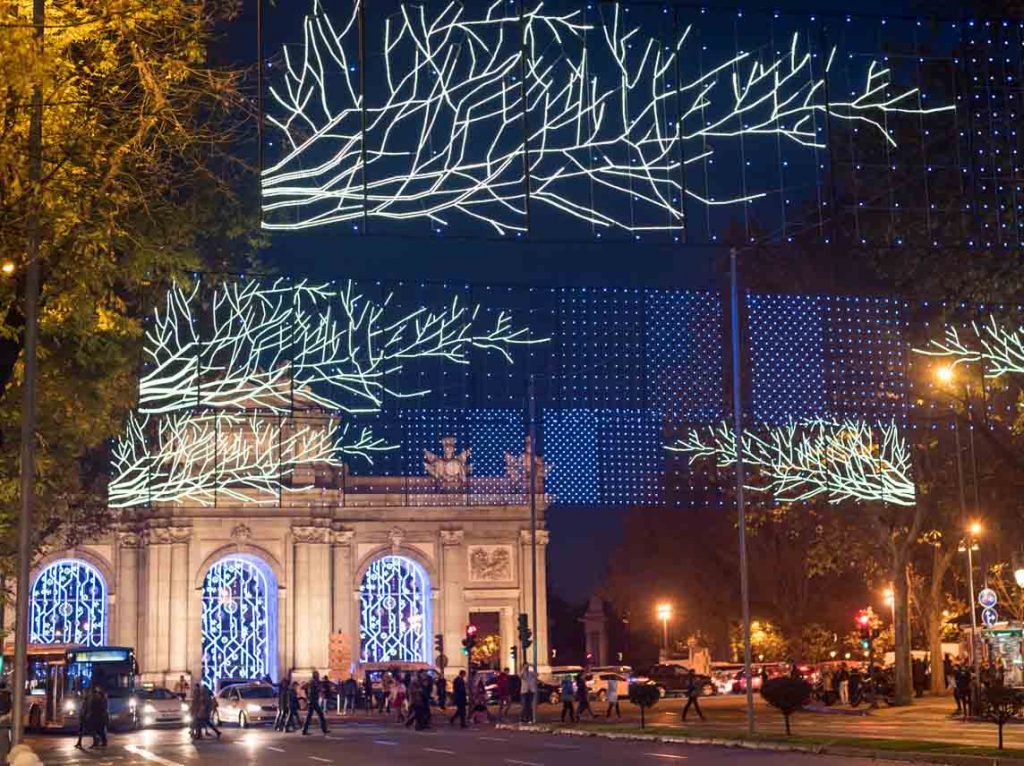 Lisbon is lovely at any time of year, but in December its Christmas lights, roasted chestnut stalls on the streets and Christmas markets selling typical cakes, handicrafts and beautiful decorations give it a special charm.

But that’s not all… Lisbon is a lively place on New Year’s Eve! The Portuguese see in the New Year with spectacular firework displays over the River Tagus. You can watch them from different places in the city, but the most traditional spot is from Praça do Comércio, where a huge clock counts down the minutes. When the firework display is over, the square fills with joyful people and lots of music. Don’t forget to toast people with some shots of ginjinha, the typical Lisbon cherry liqueur.

We can also recommend celebrating New Year’s Eve in Lisbon at the Casino, in the Parque das Nações, where every year there are free concerts and shows that go on almost all night.

If you’re travelling with your partner and fancy something quieter, how about a romantic dinner in some of the fado venues in the city while listening to beautiful live music? 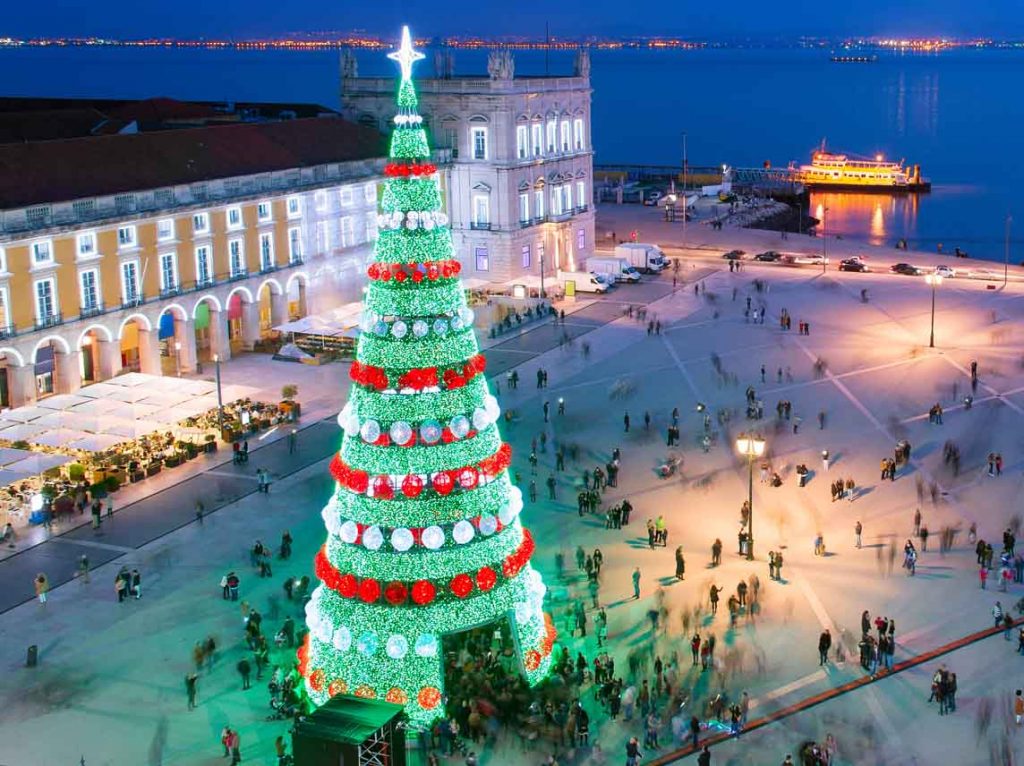 There are many spectacular ways to spend New Year’s Eve in the English capital. If you’re looking for a unique, unforgettable experience, you can take a short cruise along the Thames and watch the midnight fireworks from a very different perspective. There are several companies running cruises: some offer dinner, others include a disco and there are also options for families with kids. Most cruises last between 2 and 5 hours. Check out Thames Luxury Charters, City Cruises and any one of the many other options you can find online.

You can also see in the New Year and watch the fireworks from the London Eye. You can’t really top that, but you’ll need to book well in advance.

Over the Christmas period several ice rinks are set up in London, so you could also see in the New Year on skates. The most famous rink is in Hyde Park, in Winter Wonderland, a popular festival that puts on shows, music and restaurants over Christmas and New Year. Admission is free but you have to pay for some attractions.

Finally, if you’ve recovered, head over to the New Year’s Day Parade. This spectacular event fills over 2 km of the city’s streets with festive vibes. It runs from Piccadilly Circus to Parliament St. And, strange though it might seem, most of the city’s museums are open on New Year’s Day. So if you can manage to drag yourself out of your apartment in London, this could be a great day to visit one or two. It’s up to you! 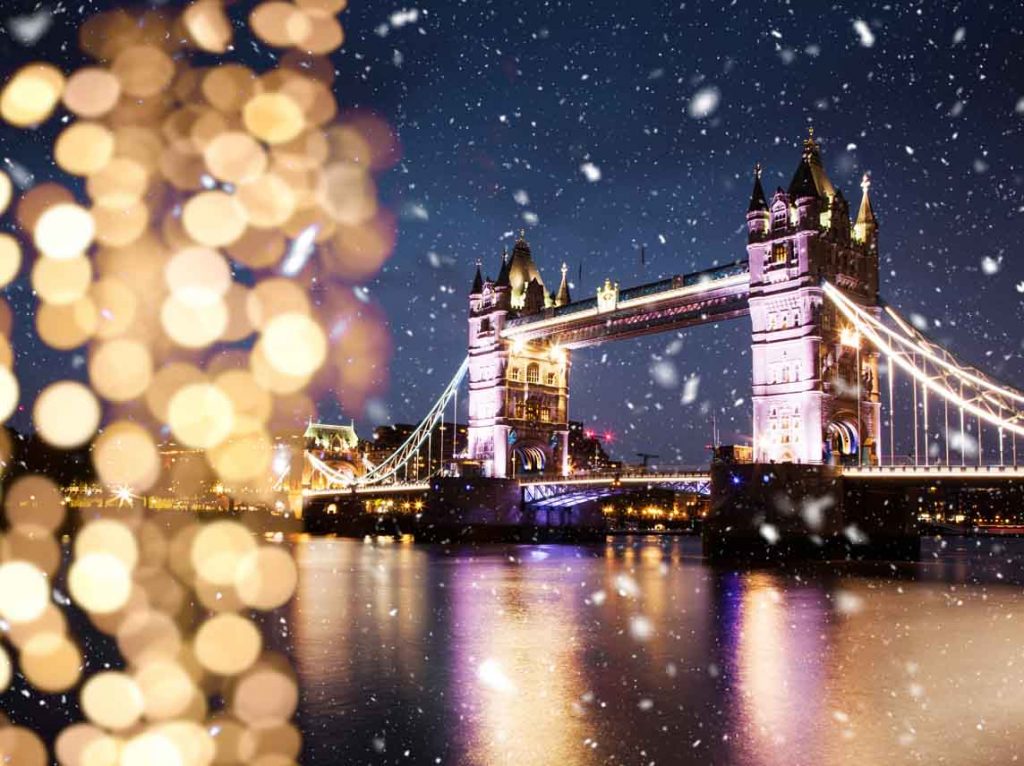