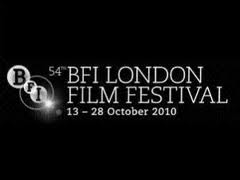 It’s October and that means film time in London! The 54th edition of the BFI Film Festival London is coming up soon. The festival will start on the 13th and ends at the 28th of October. Some impressive names will be present, accompanied by the big amounts of world premieres. This red carpet event attracts many visitors each year and keeps on getting more popular.

The London Film Festival was originally designed to show films that usually would not make it to the British cinemas. In 1956 a group of film critics decided that with Venice, Cannes and Edinburgh having their film festivals, so London should to. People that normally wouldn’t go to cinemas suddenly got in touch with new films. It showed nearly 20 films, which is incomparable with today’s amounts. The London Film Festival differentiates by also giving new talented directors and actors a chance of participating.

The Highlights of this year’s festival will be among others the European premiere of Never Let Me Go, a film adaptation of Kazuo Ishiguro bestselling book, starring Keira Knightley and Carey Mulligan. Events at the festival will be the openings speach by Ken Loach, an open discussion on reducing the carbon footprint of film production and a 3D film aimed at members of the film community. Other films being showed are The American: starring George Clooney, Conviction: An inspiring film starring Hilary Swank and many others.

The films will be shown in many different theatres under others BFI Southbank, Rich Mix and Vue West End. This year 4 awards can be won: Best Film Award, Sutherland Award for the most original film, Best British Newcomer and the Grierson Award for best documentary. Tickets can be bought online and at the cinemas.