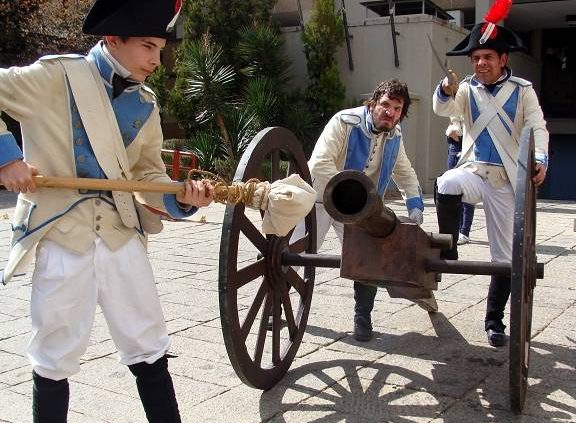 In 1812, Spain was occupied by Napoleon. Cádiz was one of the areas that managed to oppose control, and the small town of Tarifa was a key player in one of the most heroic episodes of the Peninsular War. Just 3,000 soldiers, up against 10,000 Frenchmen, managed to resist a siege of 17 days.

200 years later, to commemorate the Bicentenary of the Siege of Tarifa, an impressive historical re-enactment in which more than 170 people will participate is taking place. So tighten your belts! From the 18th to the 20th of May, Napoleonic troops will once again lock swords with soldiers from Tarifa and their British allies.

The representation will be divided into two parts. On the morning of Saturday the 19th May, there’ll be a parade through the centre of the city, in which soldiers of all stripes will participate. During the afternoon, the historic re-enactments of the Siege of Tarifa will begin. On Sunday the 20th of May, the moment when the staff of command was handed over to resistance leader General Francisco de Copons will be recreated. The swearing in of the 1812 Constitution will be celebrated and the representation of the defence of Tarifa will continue.

The celebration of the Bicentenary of the Siege of Tarifa will allow you to relive this historical moment from the inside out, with the whiff of gunpowder and the orders of officials in the air. There’ll also be other activities, such as competitions, music and theatre, so that everyone can enjoy the celebrations.

We’ll leave you with a video of the historic re-enactment of the bicentenary of the defence of Málaga, to give you an idea of what awaits you in Tarifa.