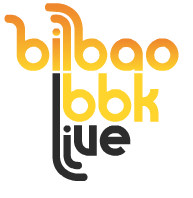 A spectacular and exclusive national concert with the participation of a cast of important artists. An unmissable event and top festival on the Spanish music scene, Bilbao BBK live will be held from the 7th to the 9th of July in the city of Bilbao.

International groups such as Pearl Jam, Jet, the Deftones, Rammsteim, Gogol Bordello and Depeche Mode have been known to perform in previous editions of the event, as well as Spanish bands such as Andrés Calamaro, Ojos de Brujo and Los Planetas. The quality and diversity of the festival line-up year after year has converted Bilbao BBK Live into an unmissable event for lovers of the best tunes on the music scene. Make sure you don’t miss out!

Two stages, a DJ marquee, outdoor market and merchandise area, as well as two camp sites, and a parking zone will comprise the festival set up in Kobetamendi. In addition, the underground in Bilbao will be offering a non-stop service during the festival weekend to cater for festival-goers.

You can buy tickets for certain days of the concert, with tickets going for 55 euro for Friday and Saturday, and 60 euro for Thursday, distribution costs not included. Alternatively, you can buy a festival pass for all three days at 110 euro a go.