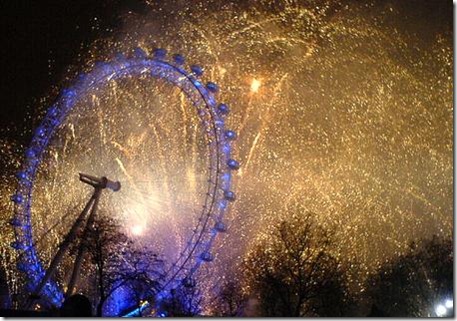 Every 5th of November, the British typically celebrate Bonfire Night or Guy Fawkes. It is a huge celebration involving lots of stunning firework displays, typical food and enormous bonfires across the country. Bonfire Night is held in commemoration of the 1605 Gunpowder Plot by 13 young men, one of which was Guy Fawkes.

The Gunpowder Plot comprises their plan to assassinate King James I, who was persecuting the Catholics at the time. They were going to plant 36 barrels of gunpowder in the cellars just below the House of Lords. At the same time the explosion would kill some members of parliament making things difficult for Catholics, as well as maybe the Prince of Wales. However, it became clear that innocent civilians would also get killed thus, some of the men backed out and apparently one even sent an anonymous letter warning a friend of his, Lord Montreagle, to stay away from the Parliament on November the 5th.

The warning reached the king and that morning his enforcements stormed the cellar to find Guy Fawkes amongst 36 barrels of gunpowder. He was subsequently tortured and executed in the Tower of London.

On the same night the Gunpowder Plot was foiled, the locals lit bonfires to celebrate the safety of the king. To this day, bonfires are lit on the 5th of November, or Bonfire Night, as it is now known with burning effigies of Guy Fawkes on the top. Fireworks also light up the sky, jacket potatoes, treacle toffee and toffee apples are typically consumed, and some children wander the streets of London with a dummy of Guy Fawkes which is called the Guy, and asking for pennies.

Here are some places in London that are celebrating this special day with some spectacular firework displays:

Crystal Palace Park Fireworks – Two displays are on offer here. The first is more for children, taking place earlier on in the evening and with fewer bangs. It is followed by the main display accompanied by music. A family funfair and food stalls will also be set up. Where: Crystal Palace Park (Thicket Rd, London. Transport Crystal Palace). When: Saturday the 5th of November. Gates open 6pm, children’s fireworks 7pm, main show 8.30pm. Price:£5, children (5-13) £3, under 5s free.

The choice is yours. Take a look at this map indicating where all the firework displays are taking place. If you’re in London make sure you don’t miss out on the fun!