Books and Roses to celebrate St Jordi 2014 in Barcelona 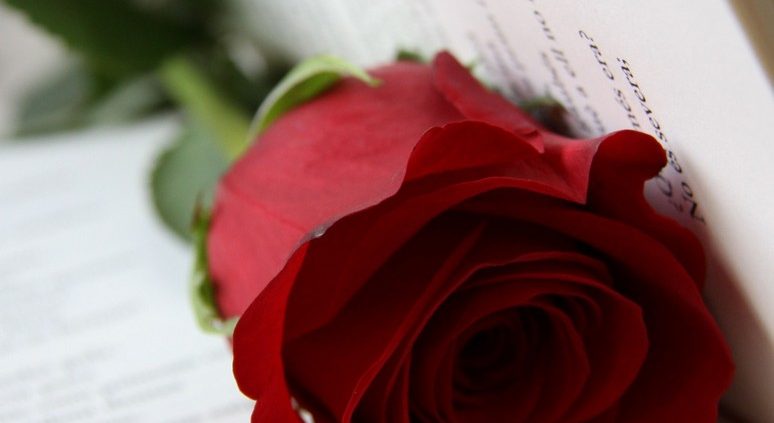 St Jordi 2014 day of books and roses in Barcelona

A few days ago we spoke about the Festa di San Marco in Venice and how the romantics among us give a rose to their beloved. Speaking of roses, none is as famous as the rose of St. Jordi. On the day of St Jordi, 23rd of April, patron saint of Catalonia more than six million roses are given out.

The tradition dates back to a medieval legend in which St. Jordi (St. George) slew a dragon, which had been terrorising the local people, to rescue a princess. From the slain dragon’s blood a rose grew and from this the custom was born for the men to give their beloved a rose as a symbol of their love. The custom of giving books to the men (increasingly to the women as well) is a little more modern and can be attributed to the 23rd of April being World Book Day. During St Jordi in Barcelona, books and roses take to the streets and the city gets dressed for the occasion, La Rambla, Passeig de Gracia, Plaza Catalunya, Plaza St. Jaume and many other emblematic streets in Barcelona fill with Catalan flags, stalls laden with books and roses and people soaking up the atmosphere of this very special day. If you are looking to get the autograph of your favourite authors, these are just some of the authors who will be signing copies during St. Jordi in Barcelona 2014: Juan Eslava Galan, Almudena Grandes, Albert Espinosa, David Safier, Frederick Forsyth, Donna Leon, Eduardo Mendoza, Andreu Martin, Juan Gomez-Jurado, Rosa Regas, Eduard Punset, Sergi Pàmies and Juan Jose Millás.

Activities during St Jordi 2014 in Barcelona

Besides buying books and roses there are many other activities during St Jordi 2014 in Barcelona, for example you can visit the Barcelona City council building from 10am onwards and visit the Salon de Ciento, The stairs of honour the interior patio and even the mayor’s office. The Generalitat Palace will also open its doors to the public.

During St. Jordi in Barcelona many cultural activities are also organised from castellers, sardanas, official acts to literary events. The Barcelona city council will publish the official program in the next few days. If during the St Jordi celebrations you begin to feel hungry you can try some St Jordi bread, made from cheese and sobrasada the colours represent the Catalan flag.

Have a great St. Jordi Day!

Pals: A family holiday on the Costa Brava