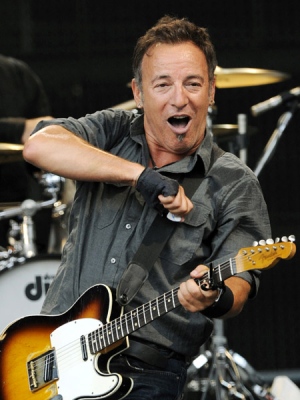 This weekend tickets for several Bruce Springsteen and the E Street Band concerts went on sale. The musicians are on their 2012 European tour and madness has broken out!

Tickets for the concert in Barcelona sold out in just four days and 22,000 tickets have been sold for the concert in San Sebastian. With almost 20 albums, numerous awards and a successful 40 year career behind him, Bruce Springsteen, has shown that he is, once more, “The Boss”.

These are the Friendly cities and dates where a Bruce Springsteen concert will be held during his 2012 tour:

SEVILLE – 13th of May. Seville Olympic Stadium (tickets on sale from the 14th of December).

BERLIN – 30th of May. Olympic Stadium.

LISBON – 3rd of June. Rock in Lisbon (tickets on sale from the 3rd of December)

LONDON – 14th of July. Hard Rock Calling (tickets on sale from the 3rd of December)

If you would like to see Bruce Springsteen in concert then hurry and get your tickets or you’ll have to wait for the re-sales!

Where to go on a shopping trip in Bilbao