Budget ways to enjoy Paris in the spring 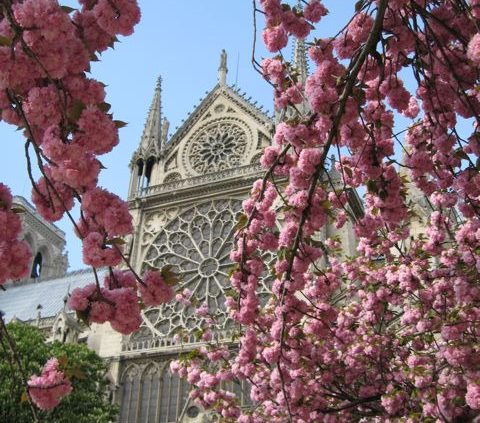 Budget ways to enjoy Paris in the spring

We love the City of Light in the spring. Beautiful, romantic and more French than fromage, there is plenty of fun to be had. And, best of all, many of the activities on offer come at a very low cost. All you need to do now is grab your cherie (or an unsuspecting Parisien(ne)), book your apartment and get set for a très bon voyage. Here are some ideas of what to do when you’re there:

This Parisian street music festival features free concerts of all shapes and sizes in cafés, bars and boulevards in the French capital. Spontaneous fun in a charming setting is a great recipe for an excellent time, making this one of the most popular events in Paris and our number one recommendation.

Paris in May and June is made for outside eating. We recommend taking a roll of fromage de chèvre (goat’s cheese), some French bread (of course), a couple of tomatoes and a pot of ready-made couscous, which is very popular in France. As to the best park, we can’t decide between the Jardin du Luxembourg (plenty of space; immaculate lawns; beautiful fountains) and the Parc de Belleville (incredible panorama and more intimate, but can you take the walk uphill?). Be careful, however – many Parisian parks do enforce a firm “keep off the grass” policy.

3. Get on your bike
The Parisian ‘Velibs’ (similar to the Barcelona Bicing system or London’s Boris Bikes) are a great way to see the city. These bikes are dotted in stations around the city; like their British counterparts, they’re available for anyone to use – all you need to do is put in your bank card details as a deposit, and you’re away!

Arguably the real star of the film “Paris, je t’aime”, the Marais is a district full of avant-garde shops, typical narrow streets and more cafés and bars than you can shake a baguette at. The Marais extends between the Seine and the Rue de Bretagne, and the Place des Vosges (metro stop Saint Paul) is particularly worth a look.

Paris is famed for its café culture, and one of the best things about the city is that you’re never far from a decent caffeine hit. We could talk about the Paris cafés for hours, but for now we’ll just recommend our personal favourite: Chez Prune. Set in the trendy area near the Canal Saint-Martin (where all the brightest young Parisian things go for a promenade), this bar features retro décor and appealing views of the canal. It attracts a bohemian crowd, and according to Parisians is a “reference point” in the area.

Accommodation in Paris can book up quickly in springtime – try to reserve somewhere to stay as far in advance as possible.