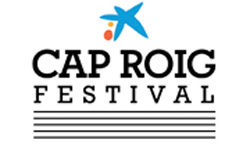 During summer in Spain it seems there are endless festivals and concerts occurring all over the country. Of all the festivals there is one which stands out from the rest, the Cap Roig Festival on the Costa Brava. Performing at this year’s festival will be Elton John, Mark Knopfler, Diana Krall and many others. The festival runs from the 20th of July to the 16th August 2013.

The open air auditorium set amongst the beauty of the natural landscape and gardens of Cap Roig castle will be where Sir Elton John will open the festival on the 20th of July. As part of his world tour “Rocket Man-Greatest Hits lives” Sir Elton John will perform his biggest hits from his 40 year career. This promises to be one of the biggest and most memorable concerts in the istory of the Cap Roig Festival.

Ex-Dire Straits front man Mark Knopfler will take to the stage on the 31st of July to promote his eighth studio album “Privateering” in combination with some of his Dire Straits biggest hits. It promises to be a show not to be missed. Canadian Jazz singer Diana Krall will also be appearing at the Cap Roig Festival 2013 on the 27th of July to showcase her new album "Glad Rag Doll", an exploration of new sounds, new instruments and collaborations with new musicians.

The Catalan pop group, Manel, will make their first appearance at the festival on the 26th of July. This local outfit at the forefront of a new generation of Catalan pop groups has experienced success all over Spain not only in Catalonia. They will be performing songs from their forth coming album.

A new initiative at this year’s Cap Roig Festival will be a series of afternoon concerts by TV3’s very own Super3 Family. It promises to be a great way for families to spend time together, enjoying live music and dancing the afternoon away.