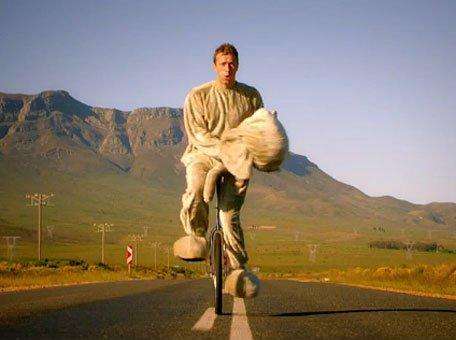 Paradise, the new video by English group Coldplay has been recorded in Cape Town and in Karoo, the semi-desert plateau with fascinating scenery, typical of the region. Paradise is the second single from their new album, Mylo Xyloto.

In the Paradise videoclip, all the Coldplay members are dressed up as elephants. The video tells the story of an elephant in captivity that escapes from London to its home in South Africa, where she is reunited with her friends.

Chris Martin and the rest of the band members were fascinated by the beauty of the South African landscape during their tour of the country. Therefore, just after the concert they gave in Cape Town, they decided to record this videoclip over the two days they were in Johannesburg for a concert.

According to the band members, they tried to capture the natural beauty and vibrant culture of Cape Town in the Paradise video. Coldplay drummer, Will Champion, explained during an interview that he was stunned by the beauty of Cape Town, especially during a trip to Table Mountain. He also said that Cape Town was a perfect introduction to the African continent, as it was the first time he had ever been there.

They started their Mylo Xyloto European tour yesterday in Madrid, entertaining more than 17,000 lucky fans. During their tour, Coldplay will be stopping off in London and Paris in December.