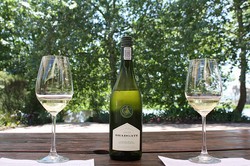 The first vines in Cape Townarrived with the Dutch settlers in the 17th century. They were cuttings brought from Europe and planted with the idea of reducing the cases of scurvy amongst sailors. Since then, the vines have been treated with the utmost care giving rise to an excellent range of wines whose fame has spread and converted South Africa into the world’s 8th largest wine producer.

The grape varieties grown around Cape Town are Chardonnay, Riesling, Colombard, Palomino, Cabernet Sauvignon, Pinotage and Pinot Noir. If you want to do more than sample the local product, we suggest you take one of the wine routes in Cape Town, where you will be able to see where the grapes are grown and the process of making South African wines.

There are various regions around Cape Town, the vines stretching out to the horizon surrounded by typical colonial houses and picturesque landscapes. The best known are Stellenbosch, Franschhoek, Constantia, Walker Bay, Wellington and Paarl.

Stellenbosch- Only 45km from Cape Town and surrounded by beautiful mountains is the town of Stellenbosch. Considered to be the centre of South African wine production, it has the highest concentration of wineries in South Africa. There is even a Faculty of Viticulture and Oenology at Stellenbosch University. To discover the wines in this region we suggest you take one of the Stellenbosch Wine Routes. Franschhoek- Three centuries ago the Franschhoek valley was settled by French Protestants. Today this French influence can still be seen in the streets and shops of Franschhoek and during the year celebrations are held honouring South African Wines, olive oil and cheese. The Boschendal winery is worth visiting if only to see the refurbished estate house which has been opened as a museum showing the life of the region’s first wine growers.

A little further from Cape Town are the wine growing regions of Paarl, Walker Bay and Wellington, all with excellent wineries where you can sample prestigious red and white South African Wines.

If you are interested in discovering any of these South African Wine routes and don’t feel like doing it yourself there are many companies in Cape Town offering full and half day winery tours. Let’s drink to your health.