Carmona town, in the province of Seville 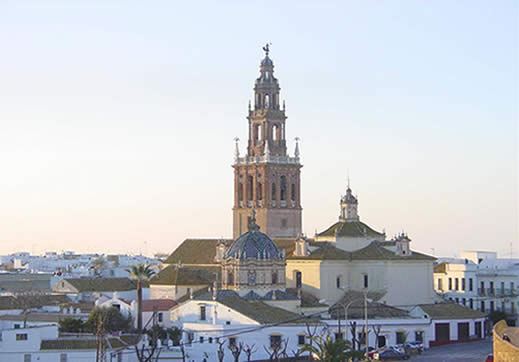 Carmona town, in the province of Seville

Seville, in all its beauty is blessed with other little towns surrounding the city, which are as equally enchanting and full of culture. You can travel just 30 minutes out of the charming Andalusian capital and find yourself in some of the most stunning and interesting places in the south. One town we would particularly like to mention is the small but picturesque town of Carmona located on a low hill overlooking the Guadalquivir Valley in the north-east of the city of Seville.

Graced with a magnificent 15th century tower, imitating that of Seville’s Giralda, and which is one of the first things you see when you arrive at the town’s main square Plaza de San Fernando, Carmona shares a similar history to that of Seville which makes sense given its proximity to the Andalusian capital. It was once an important Roman city, and governed by the Moors thus, evidence of its heritage and imperial past can still be seen there including a road (the Augustan Causeway), a Roman Bridge, and two defensive gates (Seville and Córdoba). The Puerto de Sevilla, the grand if ruinous fortified gateway leading to the historic old part of the city, stands at the entrance of the town. Further up is Plaza de San Fernando (as mentioned previously) which is smaller but graced with interesting Moorish style buildings, and behind that is a bustling fruit and veg market, which like all good markets in Andalusia sells local and seasonal products.

Close by to the East is Santa Maria, a beautiful Gothic Church built over the former main mosque, whose elegant patio has been preserved, and like many churches in Carmona has an evocative Mudejar tower gracing the top with the original minaret still visible. Dominating the ridge of the town and looking over the Spanish fertile plain is Pedro’s Palace, a 14th century Arabic fortress which was destroyed by an earthquake and which has been replaced by a stately Parador. Even if you’re staying there it’s worth a visit just to have a drink and admire the view below of planted sunflowers, barley, and wheat as well as the Parador’s swimming pool, landscaped areas, and the courtyard with a Mudejar fountain.

Finally, there is the Roman Necropolis which has to be the most outstanding roman monument in Carmona. This Roman cemetery is located on a low hill at the opposite end of Carmona amid cypree trees, and contains more than nine hundred family tombs dating back from the second to the fourth century AD. The tombs have preserved a large number of paintings in typical Pompeian style showing birds and fruit, some of which are enclosed in subterranean chambers and the larger ones have vestibules with stone benches, some of the most impressive including the elaborate Elephant Tomb (Tumba del Elephante), and the Tomb of the Slave (Tumba de Servilia) with its two floors and patio. There are several retain carved family emblems there, and situated opposite is a partly excavated amphitheatre.

Carmona is the perfect place to try some traditional and regional homemade food, as well as wander through the narrow streets and admire the past Mudejar churches and Renaissance mansions. In addition, it is easy to get to as you can catch the bus (with the company Casal) from el Prado bus station located in the centre of Seville and across from the University, which goes to Carmona on an hourly basis every day. So, if you’re visiting Seville this season, or at any time we definitely recommend that you pay a visit to this charming and picturesque town, with its roman heritage, and beautiful scenery located just 20 kms away from the Andalusian Capital.