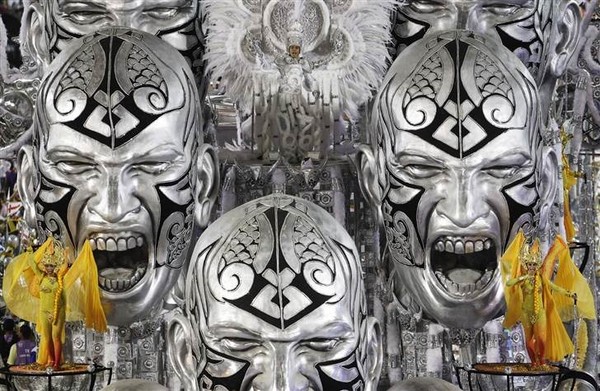 Attracting more than five million people annually carnival in Rio de Janeiro is one of the world’s most spectacular celebrations. It is often classified as the "world’s biggest party" and understandably so. For more than a week the country comes to a halt and the streets of Rio de Janeiro and the rest of the country are filled with colour, costumes, music and fantasy. The catholic calendar dictates which days carnival takes place which is why the dates change every year. In 2014, Carnival in Rio de Janeiro will be from the 1st-4th of March and the city is already gearing up for the event. Carnival in Rio is a mixture of European carnivals combined with African and South American culture. If we go back in history, the real beginnings of carnival are in the Portuguese “cordoes” or “blocos”, popular parades with music and dancing which occurred during the 19th century and eventually gave rise to the samba schools. Today the “blocos” are associated with different neighbourhoods and from as early as January take to the streets, parading their colours, singing and dancing to the beat of popular songs. They usually get together in the squares, bars or close to the beach. However, what has really made carnival in Rio de Janeiro famous are the samba schools and the massive parade during the official competition which takes place in the Sambadrome. It is here where the party really starts with the crowning of the Momo King by the mayor of the city. The day after the coronation occurs the parades, dances and street parties begin.

The competition in the Sambadrome is an impressive display of imagination, floats, amazing costume, spectators, music, rhythm and hours of partying. And when we say hours we mean hours and hours. The parades usually get underway at 8pm and go until 5am the following morning. The competition is judged on the quality of the show, the music, dancing, costumes and originality of each samba schools idea.

Many of the samba schools organise parties in their neighbourhoods and are open to anyone who wants to join in the party and experience carnival in Rio de Janeiro up close and personal. 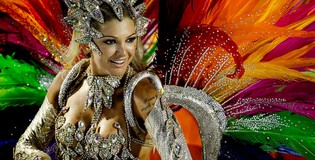