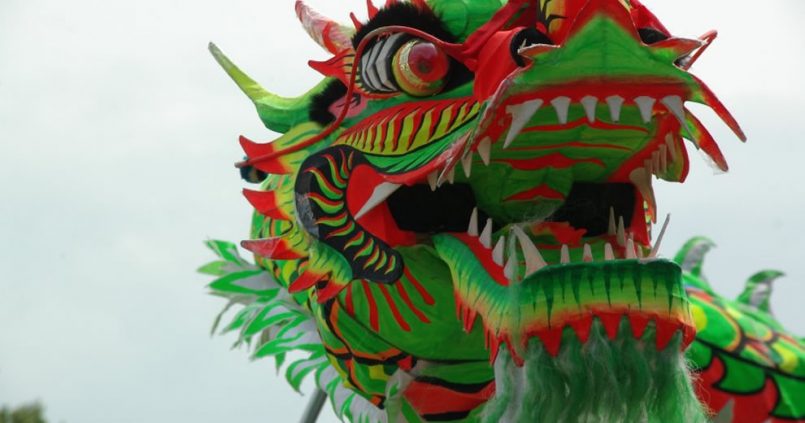 The Chinese New Year will begin on Sunday Febuary 10th, 2013. and this year will be 4711 of the Chinese calendar. Also known as the Spring Festival, to celebrate the beginning of the crop planting cycle, Chinese New Year is the most important of all traditional Chinese festivals.

The date of Chinese New Year is fruit of a combination between the Solar and Lunar calendars thus the dates change every year and it is not always easy to know exactly when it is. This year will last from 10 of February 2013 to 30 January 2014 and will be the Year of the Water snake or the Black Snake. In the Chinese horoscope, the snake is a sacred animal associated with good luck, enigmas, intuition and wisdom.

Chinese New Year is a time for families to meet, revere ancestors, organise large parties and let off fireworks. The Spring Festival lasts 15 days and terminates with the Lantern Festival. Many traditions and rituals exist around Chinese New Year. For example, it is customary to decorate the streets and houses with red lanterns and banners to attract prosperity and good luck. Before the festival commences, houses are usually given a thorough clean, unused objects are disposed of, debts are paid and attempts are made to tie up all lose ends so that the New Year can start afresh. Other more curious Chinese New Year traditions include having your haircut, hiding knives to dispel violence, prepare special meals and give money in red envelopes to children, the elderly and friends.

A large Chinese community lives in Madrid and Chinese New Year Celebrations are increasingly popular, especially in some areas like the barrio of Lavapies. Normally, Chinese New Year in Madrid, is celebrated with a colourful parade starting at Plaza del Sol and finishing in Plaza España. Throughout the morning martial arts demonstrations, traditional Chinese music and dance spectacles and karaoke take place. All giving way to the colourful Chinese Dragons, supported by posts held high, they dance, blink and agilely move to the sound of the noisy drums and gongs. There are also stalls selling traditional Chinese products and Asian food. Finally, it is quite common for Chinese New Year to be celebrated in Casinos and for restaurants to have special set menus.

So while we are waiting for the festivities to begin, the only thing left to say is Gong Xi Fa Cai!* or if you prefer, Gong Hey Fat Choy!**