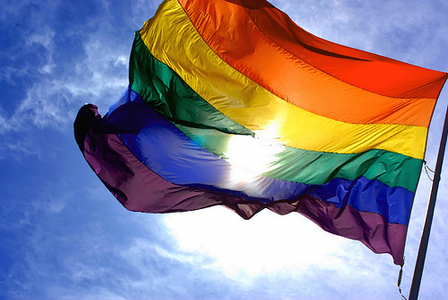 Pride London, from the 24th of June to the 3rd of July

We have previously spoken about Gay Pride celebrations in cities such as Barcelona, Madrid, Berlin and Sitges. Today, its London’s turn which, year after year, holds one of the liveliest and most popular celebrations in Europe.

The Gay Pride parade in London allures thousands of festival-goers to the British capital who come to have lots of fun! In last year’s edition, more than 1 million people showed up, converting it into the most popular outdoor event to take place in this cosmopolitan city.

Although the parade, taking place on the 2nd of June, is the highlight of the event there are further activities taking place during the so-called Festival Fortnight beforehand. It comprises an entire week of celebrations with an extensive programme of music, dance, theatre, visual arts, fashion, literature, sports and debates taking place all across the city.

If you’ve already planned a trip to London so you can take part in the rainbow festival, you should know that the parade route has been modified this year. You can see the new route on this map.

Following the parade, there are parties taking place in various locations in London, which everyone of course is invited to:&nbspTrafalgar Square, Soho, etc…..Music, dance and a whole lot of fun is guaranteed. Further information on participating artists will be posted on the official website over the next few days.

There are many members within the gay community itself who feel that these flamboyant celebrations promote stereotyping and highlight their sexuality instead of playing down its importance. On the other hand, these lively parades are still fighting for the original cause.

Pride Day began after the “Stonewall” riots, a series of spontaneous protests in New York in 1969, following unconstitutional police raids carried out in gay bars. These marches are now celebrated in different cities and countries in the world on the 28th of June, coinciding with when the event took place.

What we can’t deny is that the Gay Pride parade in London, and all the related events scheduled during the festival are really worth seeing. Also, why not? It’s an excuse to go on holiday to London.