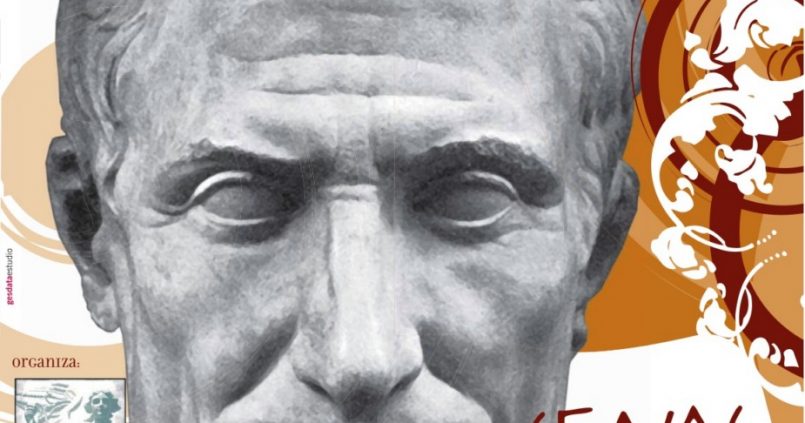 Cenas en el Gades Romano allows you to enjoy a Roman style banquet to honour the gods, as well as your palate. How does that sound? Then head to Cadiz before the summer is over to try out this original event at the Casa del Obispo Archaeological Site.

Throughout the meal, they recreate how Cadiz was in 69 BC and when they received the new Hispania Ulterior Quaestor (Further Spain), which was none other than Julius Caesar himself. The consul and Roman noble Lucio Cornelio Balbo the Major, received him following his long journey and accompanied him to the Temple of Hercules, where the oracle foretold his future. After this special moment, Balbo the Major invited him to one of the greatest banquets ever held in the city…the one that you are also invited to.

You will see that they have taken care of every little detail to recreate an environment taking you back to Roman Times, and converting you into a Roman noble. Therefore, you will observe ceramic crockery, candles, a spectacular Roman style setting and your very own slaves…

The menu is divided into “gustatio” (olives, sweet almonds, roman bread with tuna in butter and dates), “mensa prima” (Greek style swordfish), “caputcenae” (Guinea fowl, carrot bread) and “mensa secunda” (Crepes with melon milk, honey and nuts), all accompanied by “merum” consisting of carefully selected wines to go with each dish: rose wine, Roman red wine and hot wine. All the dishes are made following the recipes of a famous chef of the time, Marcus Gavius Apicius.

During the evening you will be able to enjoy dance shows with sensual and mystic moves, as well as performances by actors and musicians from distant lands. Guests will also be able to enjoy the company of Julius Caesar, Balbo the Major and the rest of the actors bringing the characters from Roman Times to life. And to really get you into the spirit of the meal, the shows and the court intrigues, on your arrival you will be provided with tunics and clothing typical of Roman Times.

Without a doubt, Cenas en el Gades Romano is an original and different way of enjoying an evening in Cadiz. Enjoy your meal and…..“Carpe Diem”!

When: Saturdays in July, August and September at 8:30pm.

Posted in Tarifa, Things to do in Tarifa
Laura