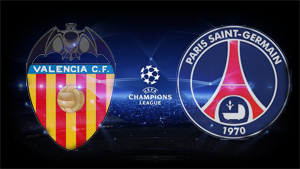 Valencia match up against Paris Saint Germain in quarter finals of the Champions League.

Tuesday February 12 will see the first official match between Valencia and Paris Saint Germain (PSG) in no less than the quarter finals of the Champions League. A tough introduction for both teams…

Over the last few moths the multi-million dollar project of Sheik Tamim bin Hamad Al-Thani has paid off with PSG securing top spot on the French League table, however they have yet to convince everyone. Lead by Zlatan Ibrahimovic, PSG will visit Valencia to test their strength against the local team in this latest elimination. Willing to place a bet?

The return leg will be played in Parque de los Principes in Paris on 6 March 2013.

If you want to experience all the emotions of the Champions League quarter finals live from Mestalla, do not hesitate in reserving one of our Valencia apartments and use it as a base from which to explore this wonderful city. Valencia is a city which lives ad breathes sport, football, America’s Cup sailing, F1 and MotoGP all have a strong following in this coastal city. Aside from sport, there are many things to see and do in Valencia one of which is participate in the active nightlife.

From the psychedelic City of Arts and Sciences to the emblematic buildings of the old quarter complete with world class shopping and bars there is a lot more to see in Valencia than just screaming wildly at the kick-off of the Champions League match between Valencia and PSG. Among all the essential things to do in Valencia possibly the most important is to find the best paella restaurant in Valencia. It would be a crime to come to Valencia and not try paella from the home of paella.