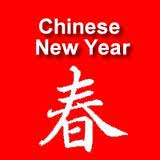 During the month of February the streets of New York City will come alive with the sounds of firecrackers, Chinese drums and gongs, the smell of freshly cooked food wafting through the crowd and flashes of colour as the Chinese Lion, Unicorn and Dragon dancers weave their way through Chinatown. The reason behind this celebration is to welcome in the Chinese New Year, the longest and most important festivity in Chinese culture. This year will be the Year of the Monkey and the 4714 year of the Chinese calendar.

New York City’s Chinese community will begin this year’s festivities on the 8th of February with Chinese New Year Fire Cracker Ceremony; this noisy event drowns out the sounds of the more than 200,000 spectators and fills the air with thick smoke as the more than 600,000 colourful firecrackers are lit. A traditional practice, it is believed the sounds of the fire crackers scare away evil spirits. This event will be followed by a parade featuring Lion, Unicorn and Dragon dancers and all day celebrations in the heart of Chinatown.

On Sunday, the 14th of February, the streets of Chinatown really come alive as crowds of people flock to witness the largest winter tourist attraction in New York City, the Chinatown Lunar New Year Parade and Festival. The streets of Chinatown are festooned with red and gold lanterns and banners, colours representing good luck and wealth.People spill over into the streets hoping to catch a glimpse of the ornately decorated Chinese Dragon, Lion and Unicorn dancers as they snake their way through the crowds dancing to the rhythm of the gongs and drums. Highly decorated floats covered in floral garlands, dragons and balloons meander through the streets to the shouts and applause of the crowd. Interspersed among the floats are marching bands, Asian musicians, magicians and traditionally dressed beauty queens all hoping that the Year of the Monkey will be bring them good luck fortune and wealth.

Local restaurants will offer traditional Chinese cuisine with wonderful names meaning “good luck” and “fortune” as a way of celebrating the Chinese New Year. More than just a celebration of Chinese New Year, the New York City Chinatown Lunar Parade is a celebration of Asian culture. Last year’s parade attracted an estimated 500,000 spectators so get in early and enjoy this magnificent spectacle from one of the many vantage points in Chinatown. After the parade a cultural festival will take place.

So if you are in New York City this February, be sure not to miss this amazing celebration of Chinese culture and bring in the Chinese New Year with a bang. Maybe this year could bring you good luck and wealth.