Christmas traditions and gifts in Berlin 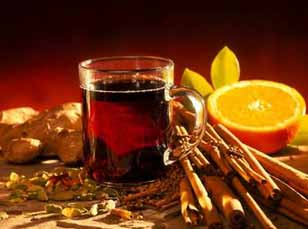 Christmas traditions and gifts in Berlin

We continue with our Christmas traditions in Germany to make things a little bit easier when the time comes to choose the perfect gift for your loved ones during your time in Berlin. Thus, here we would like to suggest a couple of presents to add to your perfect shopping list of successful gifts.

We are referring to a crown of evergreens with four candles that symbolise the passage of the four weeks of advent. Some include a fifth “Christ” candle that is lit on Christmas Day. The circle of the wreath symbolises the eternal life of the seasons, the evergreens the persistence of life in the midst of winter, and finally the candles symbolising the adoration of the sun as source of life. Thus, if you would like to give someone a really symbolic present, then this would be a great gift idea.

The Germans honour the death of Saint Nicholas on the 6th of December in a very special way. In the evening, before going to bed they hang their stockings on the chimney breast waiting for Saint Nicholas to appear and leave chocolate and other treats in little bags for good children, which is a delicious tradition and the children love it. At Christmas time, in the south of Germany, the Christ-child (Christkind) brings presents for good children, and according to this tradition Christkind is a little boy with blond hair and angel wings that is supposed to be a representation of Jesus incarnated in a child. A pretty little symbol that you could include on your list of the most typical German gifts to give this Christmas.

If you’re looking to spend a bit more, then you could consider the idea of buying some pieces or even an entire Meissen porcelain dinner set, which is the oldest in Europe and in fact one of the top brands on the continent. In 1720 they decided to introduce the current signature logo comprising two crossed swords to protect its production. With an unrivalled quality and prestige in Europe, giving this porcelain as a gift is a symbol of distinction and elegance that will surely be a successful present to put on your German Christmas list.

With the cold weather in Germany, when you pass by the stalls in the Christmas markets it is almost essential to have a Glühwein (mulled wine) consisting of hot wine with spices such as cinnamon, cloves, star anis, and lemon peel, as well as red wine and sugar that the Germans traditionally drink during Advent. Very delicious and comforting in your wanderings around the Christmas markets in Germany. Another very typical Christmas drink is Feuerzangenbowle that is a variety of punch drunk hot once the alcohol from some of the ingredients has boiled away. With red wine, and spices such as cloves, cinnamon and citric fruits, the secret lies in the Feuerzange, which is like a metal holder with holes in them (a bit like metal tongs) that holds the sugar cone on the top of the pan, slowly incorporating special aromas and smells into the mix. Interesting, isn’t it? Well, just so you know many supermarkets sell pre-prepared mulled wine that you can take back with you to your country and simply heat up so that you can relive the most festive Christmas.

Posted in Berlin, Things to do in Berlin
Claudia