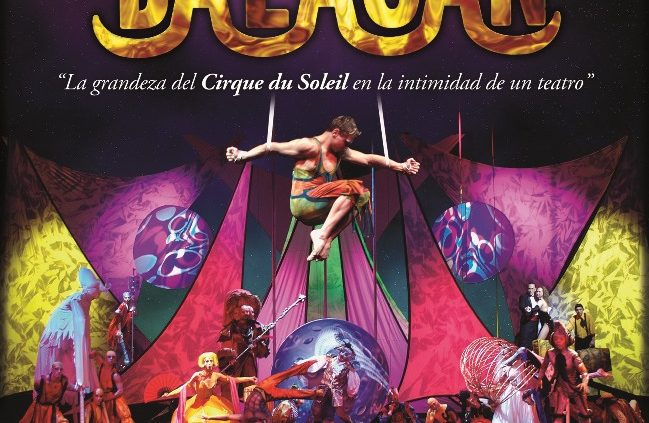 Cirque du Soleil is currently in Barcelona, however as mentioned previously they have plans to visit Madrid and Seville, as well as other parts of Spain. We’ll keep you posted. In the meantime, not quite Cirque du Soleil, but as equally as entertaining is the Cirque Style Balagan by producer Misha Matorin, creator of some of the most astonishing acts in the Canadian circus and street performance show that is Cirque du Soleil, and member of this magnificent event for several years.

Cirque Style Balagan will be coming to Spain for the first time in 2011, from the 19th to the 23rd of January to be more precise, for those of you lucky enough to be visiting Seville this winter season.

In their own words, “Balagan” meaning “Marketplace Circus”, taking place in the Lope de Vega Theatre in Seville, is an event that combines unique music, choreography, athleticism, and comedy blending a classical “Commedia dell’ Arte”.

Hundreds of years of old European circus legacies will come together in modern cirque style entertainment”, thus promising to be a really spectacular event, and one not to miss during your stay in the Andalusian Capital.

The cast in this spectacular show, known as BALAGAN, consists of 30 of the finest aerial, acrobatic, character and discipline talents throughout the world who will be performing in a show that will be combining elements from many different disciplines such as theatre, dance, singing, miming, and numerous traditional circus balancing acts, as well as juggling, and tightrope walking.

They will be dressed in, and wearing the most imaginative costumes and makeup and there will 13 acts in total, without any particular storyline, all expressing the desire to fly.

It is something for everyone, and the fact that it will be performed in a smaller space means that the audience will feel closer to the performers. The aim of the show is after all to make the public happy and whisk them away to a magical world of fantasy.

So, if you ‘re in Seville in January, let yourself we carried away to another world and see this show of Cirque du Soleil grandeur but in a smaller theatre that will let you feel closer to the talented cast performing in this exciting event.