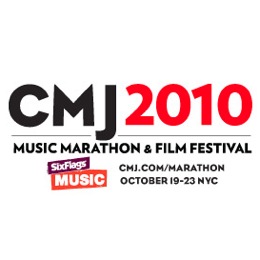 One of this year’s main music events in New York is the CMJ Music Marathon & Film Festival, which comprises a platform for the discovery of new music and cutting-edge films, and which will be taking place this year between the 19th and the 23rd of October. During these five days the festival will be taking over the entire city and there will be more than 1200 live performances by groups from more than 30 international territories in 75 different locations all over the city of New York.

The CMJ line up includes over 70 panels with experts and professionals from the music sector, as well as music business law seminars that will be followed by musical performances, exclusive parties, exhibitions, networking events, and other special events, with the aim of having a programme line up that will attract New Yorkers as well as visitors to the city of skyscrapers.

This year, they will be celebrating the 30th anniversary of this initiative that has been dubbed the most important musical event in New York, and which attracts some 120,000 music fans, music business professionals, the press, artists, filmmakers, and industry icons to this platform which demonstrates what is the latest in music and films. In previous editions, groups such as Nirvana, R.E.M, Green Day, Muse, White Stripes, and Lady Gaga attended, amongst thousands of others.

The line up for this year’s edition is extremely promising and includes the New York group The Drums, The School of Seven Bells, The Pains of Being Pure At Heart, and the Irish group Two Door Cinema Club, amongst many other groups who they hope will be participating in the Festival.

With regards to the Film Festival lined up for this event, the CMJ Film Festival will be celebrating its 16th anniversary this year, during which they will be attempting to launch independent films. Although the programme of the 2010 edition has not been announced yet, we can be sure that some excellent films will be screened just like previous editions such as Pulp Fiction, American History X, and Fight Club in addition to a large selection of other films that have been found a well deserved spot in the international independent Film Festival line up.

In addition, some films will be screened in the Manhattan Museum of Modern Art for the entertainment of festivalgoers, and there will be cocktail parties at the Norwood, and exclusive screening film presentations such as The Clash Film Day.

During the 5 day CMJ Music Marathon & Film Festival, the entire city of New York will be immersed in the independent and excellent spirit that characterises this imitative, and that offers us the opportunity to meet the most respected groups of the future.

Experience Granada in the Summer

The best shopping outlets in Barcelona