Concerts in Milan this autumn 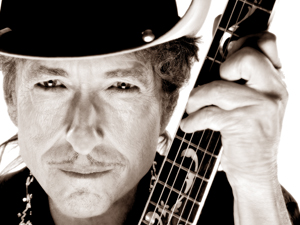 Concerts in Milan this 2011

Milan awaits you this autumn. Enjoy the pleasant temperatures, its shops, markets, its delicious food and the best cafés there are. Over the autumn months, as well as the warm autumn colours and the free night time tours of the Pinacoteca de Brera, Milan will be offering you the best sounds with a huge array of unforgettable concerts varying in style.

Concerts during November and December in Milan

Volbeat – For the first time, this Danish rock group will be coming to Italy and headlining at the concert. When: Wednesday, the 2nd of November 2011. Where: Alcatraz (25, Via Valtellina). Price: 25 euro.

George Michael – “Symphonica – The orchestral tour” is the name of the final tour by this pop legend, who will be performing some of his greatest hits accompanied by a symphony orchestra. When: Friday the 11th and Saturday the 12th of November 2011. Where: Mediolanum Forum. Price: 45 – 115 euro.

Ryuichi Sakamoto – This eclectic Japanese composer who was awarded an Oscar for “The Last Emperor” score will be playing together with Brazilian musician Jaque Morelenbaum. When: Saturday the 12th of November 2011. Where: Conservatorio (12, Via Conservatorio). Price: 46-69 euro.

Bob Dylan and Mark Knopfler – Two musical legends. They will each be coming to perform with their own band but during the concert they will be performing together. When: Monday the 14th of November 2011. Where: Mediolanum Forum. Price: 48 – 98 euro.

Lenny Kravtiz – This American rock star will be presenting his latest album in his “Black & White” tour. When: Monday the 21st of November 2011. Where: Mediolanum Forum. Price: 40 – 75 euro.

Paul McCartney – Milan will be preparing to receive this great artist who will be returning to the city after 18 years, to perform in a concert that will surely go down in history. When: Sunday the 27th of December. Where: Mediolanum Forum. Price: 97 – 172 euro.

Red Hot Chilli Peppers – This famous funk rock band will be performing in concert in Milan to present their latest album “I’m with you”. When: Sunday the 11th of November. Where: Mediolanum Forum.

Take advantage during your holidays this autumn and give your ears a treat by attending one of these great concerts in Milan, a city where art and music runs in its blood.