Contemporary and classic art in Barcelona 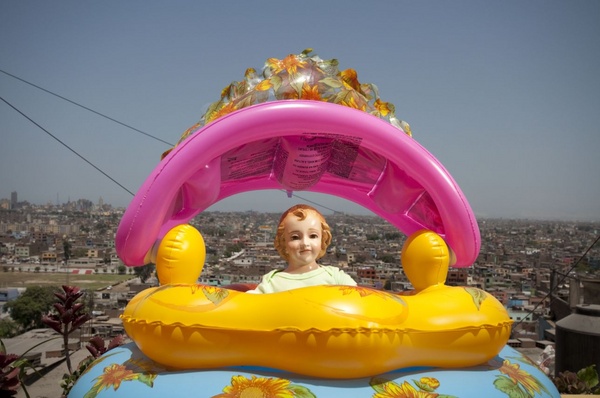 The thriving art in Barcelona knows no limits, or so it would appear if we take a look at the extensive agenda of the Catalan capital. This week is no exception, thus here are the top three exhibitions being held at the moment to satisfy the most curious locals and visitors in Barcelona.

Through this exhibition, the CCCB (Barcelona Contemporary Culture Centre) wants to separate the Hispanic phenomenon that symbolizes the homogeneous framework shared by Spain and Latin America, a myth built and whose strategies have been generated to keep it going down through the centuries, through many different regimes, ideologies and governments. The Baroque (D)ef(f)ect would like to separate this relation between the Hispanic myth and its principal survival strategy, the Baroque. Of all the images used in Spanish-speaking countries to construct and legitimate their identity and memory, the baroque has been the most lasting, widespread and influential, often at the cost of other equally important threads. Therefore, “The Baroque D_effect” is devised as a dissection of this narrative and of the cultural policies that continue to write it today. It should be seen then not as an exhibition of baroque art, but of the political and cultural strategies which over the years have helped to create an official homogenizing narrative, the Hispanic myth, and of the part played in it by the world of creation.

Are you ready for TV?

Are you ready for TV? With this premise, the MACBA is launching an exhibition comprising 45 experiments carried out for the television by 150 artists and philosophers. It is an exhibition realised from the televisions point of view, and where some unusual occupants (artists and philosophers) have used television to oblige people to speak another language and irritate them. The exhibition has gathered pieces made between the 1960s through to today by 150 television creators and specialists such as Chris Burden, Richard Serra, Bill Viola, Samuel Becket, Robert Hughes and Andy Warhol, amongst others. The exhibition is complemented by an experimental television project, TV Web MACBA.

XVIII Century and Goya in Barcelona

The Godia Foundation is bringing XVIII Century paintings in Spain closer to us, between the 9th of November to the 13th of February in a classic environment to contribute to filling this vacuum and showing the public some masterpieces of the most representative painters, as well as draw attention to the richness of this period. The artists present are great international figures such as Goya, Luca Giordano, Giambattista and Lorenzo Tiepolo, and Francisco Bayeu, and the Prado Museum, and the Thyssen-Bornemisza Museum have lent pieces to the foundation to display in the exhibition.