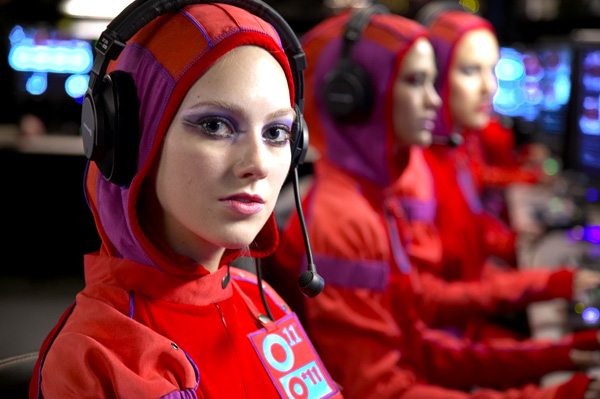 Current art scene in Barcelona this 2010

Lovers of art in alls its forms, expressions and styles will never get bored in Barcelona, it’s practically impossible to do in the Catalan capital thanks to a series of artistic initiatives that makes Barcelona stand out on the national scene as nerve centre in the artistic field. There are quite a few exhibitions and activities, so we would like to guide you a little bit amongst the confusion of projects on offer and talk about 3 important exhibitions being held in Barcelona over the next few weeks.

If you consider yourself an engaged, reflective and opinionative person, then you will be interested to know that the CCCB (Barcelona Centre of Contemporary Culture) will be hosting the Photographic Social Vision from the 4th until the 8th of December. Photographic Social Vision presents for the sixth consecutive year the exhibit World Press Photo to the Barcelona public. The traveling exhibit, which reached 35,000 visitors in Barcelona in 2009, is considered worldwide to be the most important in photojournalism because of the quality of photography and the debate and criticism that the presented work generates. It provides an occasion to see the social, political, cultural and sport-related events from the last year through the eyes of the current best photojournalists, at the same time that it gives these photojournalists the opportunity to present work frequently censured by governments and the media.

Futura Art is a Festival of Digital Culture and Creativity that will be taking place from the 3rd to the 9th of November in Spain. It explores the most important projects and ideas that have emerged on the international new media scene including design interaction, videogames, and digital animation Activities include conferences, workshops, and live performances. This year the base will be in Buenos Aires, but the Arts de Santa Monica Festival will continue to be a reference. Thus, this year the program will comprise more than 8 hours worth of materials, where documentaries such as “We live in Public”, a part of the MOMA (Museum of Modern Art) permanent collection featuring Josh Harris, will be screened. The animated film by Mariscal and Trueba “Chico and Rita” is included, as well as a selection of international animations, the 3D Art Futura Show, a special section dedicated solely to Passion Pictures, the Futura Graphics selection, works in collaboration with the World Wide Work, amongst other activities related to design and animation.

The right to education

In addition, manuscripts by famous international writers will be accompanying the photographs amongst which visitors will find written pieces from10 Literature Prize winners such as Gabriel García Marquez, José Saramago, and Dario Fo, as well as other writers such as Rosa Regás, and Enrique Vila-Matas.