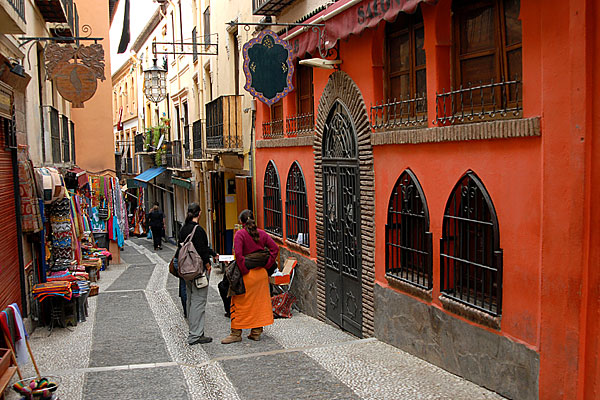 Make a Break for Granada during Spain’s December Bank Holiday!

Spanish television presenter Raffaella Carrà once sung that you should “live every second to the full, in case the world ends”, and that to fall in love (and do other things) “you’ve got to go south”. Thinking about it, we can’t think of a better destination than Granada to spend the Spanish bank holiday on December 6th.
Many different images of Granada are on display, and there’s some that you can’t get out of your head once you’ve visited the city: the narrow streets of the Albaicín, Carrera del Darro street, the caves of Sacramonte with their flamenco shows, the sweet smell of the fig trees, the sound of water, the gypsies bent on “giving” rosemary to tourists, the district of Realejo, the bull ring and, of course, the splendour of the Alhambra.
And after going out for tapas in Granada, asking for a drink will never quite be the same again…
If you want to visit Granada during the Spanish bank holiday in December 2012, or try out the new ski season in the Sierra Nevada, we’ve got some good news. Several of our apartments in Granada are currently on offer, with juicy discounts of up to 34%, meaning you can put some money away for your Christmas shopping. Granada is a fabulous city, with a very agreeable climate during these colder months. Although the mountains are already covered with snow, the winter sun heats things up enough to be able to sit on the San Nicolás lookout point, or in another charming corner of the city, and let the sun warm your bones. You’ve got to go south…
So as you know, if you fancy treating yourself to a getaway in Granada during the Spanish bank holiday in December 2012, you don’t need to break the bank.