Did you know these interesting facts about Barcelona? 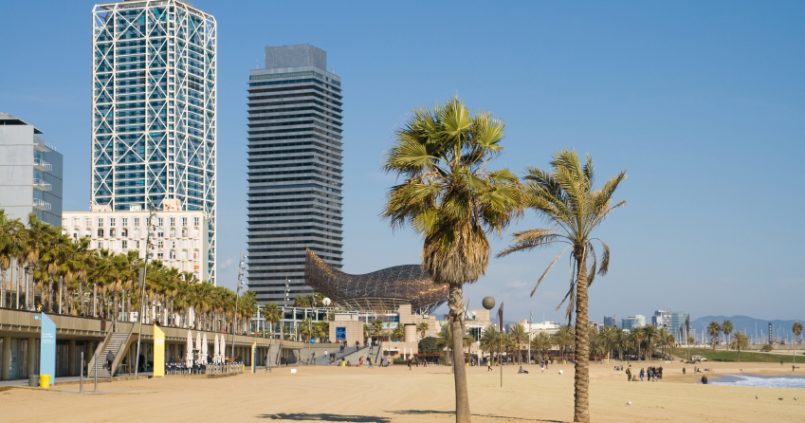 Did you know these interesting facts about Barcelona?

The history of the founding of Barcelona is shrouded in mythology. One story says that it was founded by the mythical Hercules about 400 years before the building of Rome. The other main story is that the city was founded by Hannibal’s father Hamilcar Barca and as the name Barcelona originates from the ancient Carthaginian Barca family who lived in Carthage (modern day Tunis) this seems the most likely of the two popular stories.

At the heart of old Barcelona is the Barri Gòtic or Gothic Quarter. Its ancient narrow streets represent a time capsule of Medieval Barcelona. Many of the streets have changed so little since they were first laid out that buildings in the Barri Gòtic show evidence of having been there in Roman times. This was the birthplace of the acclaimed Barcelonan surrealist artist Joan Miró and was also home for a while to the great Pablo Picasso.

Barcelona’s popularity as a holiday destination owes much to the success of the city’s hosting of the 1992 Olympic Games. A huge redevelopment and regeneration programme was undertaken which totally transformed the city. An industrial wasteland was wiped off the map and replaced by a world class beachfront and marina. Its transport infrastructure was massively upgraded and many new green areas were created. The city marketed itself with great effect before during and after the games and it is now the 10th most visited city in the world.

The regeneration of Barcelona was so successful that in 1999 the Royal Institute of British Architects (RIBA) awarded the city its Gold Medal. This was the first time that a city rather than an individual architect or group of architects was given this prestigious award. Hailed as a ‘shining example of urban regeneration’ it remains to this day the only city to have won the award.

Saint George’s Day 1616 saw the deaths of two great authors Miguel Cervantes and William Shakespeare. A shrewd marketing idea by a Barcelonan bookseller in 1923 linked this fact with the celebration of the Saint’s day each 23 April and encouraged people to buy a book as a present for their loved one. It was such a successful idea that years later in 1995 UNESCO made 23 April ‘World Book Day’ encouraging everyone young and old to rediscover the joy of reading.

The Barcelona Carnival is recognised around the world as one of the best. Its origins go back at least as far as 1333 and by the mid-19th century it had become a huge spectacular event. In 1937 however the rise of Franco in the Spanish Civil War saw the event outlawed for decades and it was not until late in the 20th century that the people of Barcelona reinstated the carnival and made it what it is today.

The last of our interesting facts about Barcelona is that despite the size and splendour of Barcelona’s carnival it is not the city’s largest street celebration – that comes in September with ‘La Mercè Festival’. Barcelona La Mercè has religious origins honouring the Virgin of Grace co-patroness of the city. It has been an official city holiday since 1871 but the current festival which lasts for almost a week officially took place for the first time in 1902. The festival incorporates the best of fireworks displays costume parades and also hosts the annual Catalan Wine Fair. There is probably no better way in Spain to celebrate and say farewell to the summer.