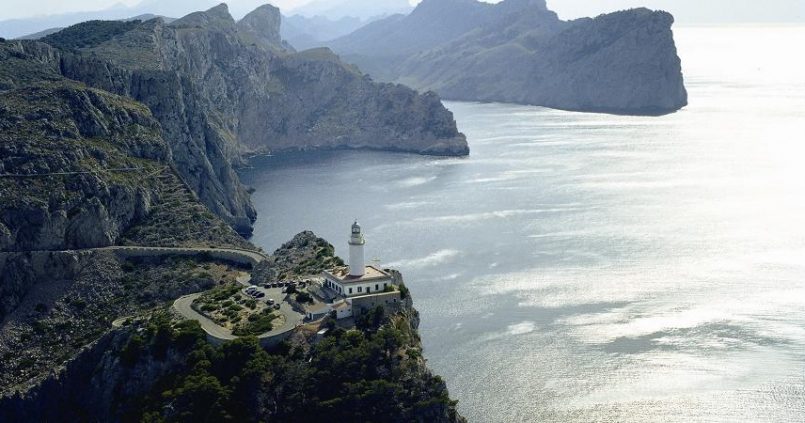 A trip around Cap de Formentor on Majorca

Cap de Formentor is a narrow, 18 km long peninsula on the north side of the island of Majorca. Its stunning steep landscape, moulded over time by the waves and the wind, is one of the most emblematic places on Majorca. No visit to the north of the island would be complete seeing these impressive cliffs plunging into the Mediterranean.

To explore the area, follow the road from Port de Pollença to the lighthouse at the tip of Cap de Formentor. The lighthouse isn’t open to the public, but you can walk around it. The hilltop is almost completely surrounded by the sea and there is a path between the rocks that takes you down almost to sea level.

The winding road to Cap de Formentor reveals cliffs, drops and deserted coves around every corner. If you want to take photos of the breathtaking views, stop at Mirador de Sa Creueta, 232 m above sea level, from where you can see the islet of Sa Colomer. Another sight worth seeing is the Atalaya d’Albercutx, an old watchtower built in the 16th century to protect the island from attacks by pirates.

If you’re lucky enough to arrive by sea, you can swim in the many hidden coves that are inaccessible from the road.

Both Cap de Formentor and the town of Pollença have been sources of inspiration for many writers and artists, as well as summer destinations for the likes of Charlie Chaplin, F. Scott Fitzgerald and Winston Churchill. Its landscape will undoubtedly inspire you on your holiday to Mallorca too! 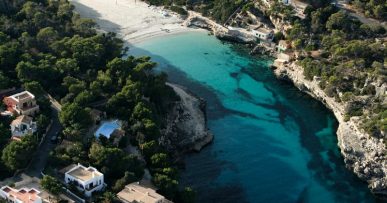 Five Reasons Why Majorca is the Perfect Honeymoon Destination